Part I: 10 places to visit within an hour’s drive of Ballina (give or take!) - Visit North Mayo 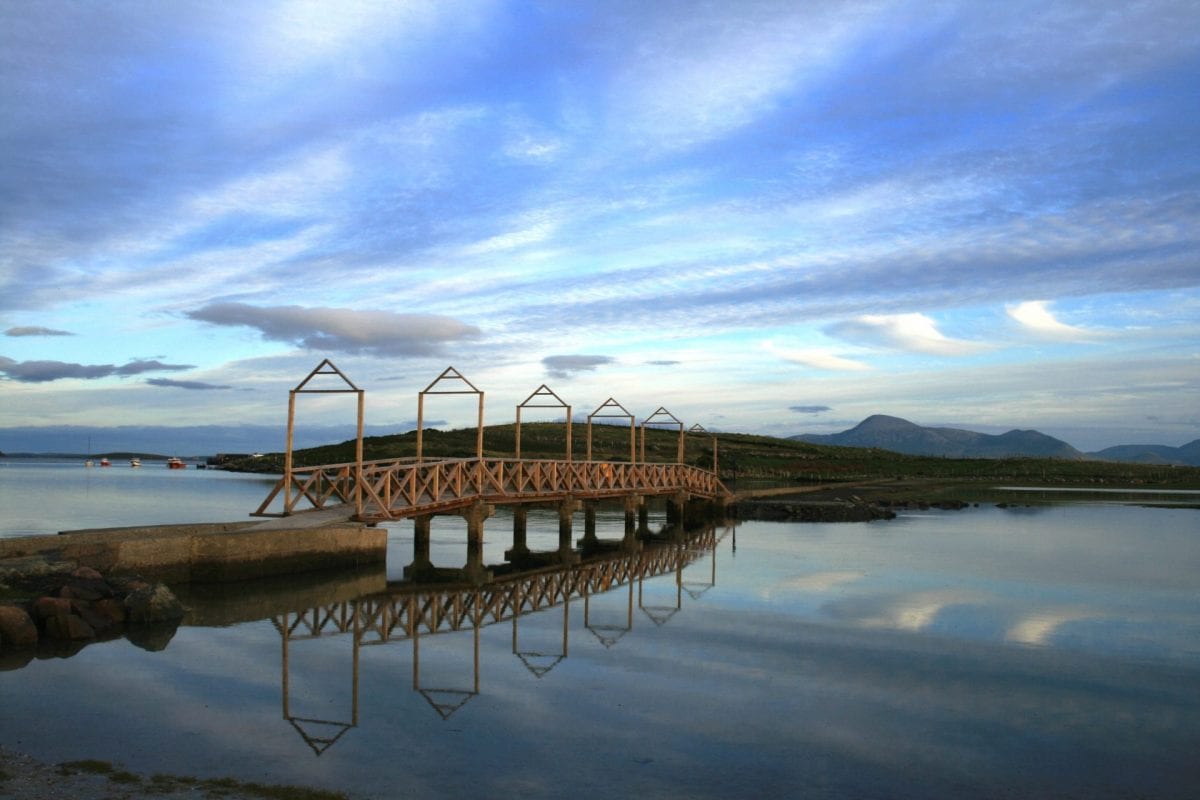 Part I: 10 places to visit within an hour’s drive of Ballina (give or take!)

There are many things to see and do when you visit Ballina and North Mayo. Here in County Mayo and the west of Ireland  we’re blessed to live near some of the most splendid attractions (and numerous hidden gems) that you’ll find in Ireland. We’ve put together a list of ten places to visit that are approximately a one-hour drive from Ballina.

Ionad Deirbhile is located in Gaeltacht (Irish speaking) village of Eachléim in Blacksod on the Mullet Peninsula. Ionad Deirbhile is home to a Centre which houses a wealth of information relating to local folklore, archaeology, local history and an account of a former way of life for example currach fishing, construction of old houses native to this area etc. This information is presented in both Irish and English.

The unique Mulranny Causeway was built across Trawoughter Bay in 1889 and links the village to the spectacular marine coastal environment including Mulranny’s blue flag beach, Rosmurrevagh Machair, Mulranny Salt Marsh and Mulranny Pier.

Dating to the mid 16th Century this is one of the former residences of Gráinne Uaile / Grace O’Malley – Ireland’s Pirate Queen. The entire castle can be explored for FREE. Did you know Grace O’Malley’s bed can be viewed in Belleek Castle…

Ballintubber Abbey was founded by Cathal Crobhdearg Ua Conchobair / Cathal O’Connor, King of Connacht in 1216.  Throughout it’s eight centuries the Abbey has suffered a turbulent history through suppression and fire however, as poet Cecil Day Lewis described Ballintubber as, “The Abbey that refused to die”. Did you know the building is older than the world famous Westminster Abbey (current building dates to 1245) and is the last Irish royal abbey in existence.

Located in the village of Turlough just outside Castlebar, The museum of Country Life is the ONLY National Museum to be located outside of Dublin. The museum exhibits the way of life of rural Irish people between 1850 and 1950, and is in the grounds of Turlough House.

Ballinrobe Race Course is the only Racecourse in Mayo and is one of only four in Connaught and hosts nine race meetings annually.

McMahon Park & Clare Lake is a popular destination for walkers, joggers, anglers and families when visiting Claremorris and home to a variety of native Irish trees. Clare Lake with a 4,000 year old Crannóg (a prehistoric dwelling on an artificial island) looks splendid in the sunshine and is safely fenced for protection of visitors and the ducks.

Situated on the north west tip of Europe, Rosses Point stands on the far reaches of the Wild Atlantic.

A picturesque village, it harks back to a simpler time and its rugged beauty oozes other worldliness and boasts some of the very best scenery to be found on the Wild Atlantic Way trail.

In recent years the legendary saga of The Táin Bó Flidhais or The Mayo Táin has been revived in North Mayo. The story set mainly in Erris tells of a Queen Medhbh (Maeve) leading her army into Erris to raid the famous Maol cow.

Why not visit the former royal seat of Connacht, which was once reigned over by legendary Queen Medhbh? The Rathcroghan Visitor Centre brings Ireland’s legends to life.

The furthest on our list but we really encourage you to visit Mayo’s ONLY aquarium. Located on Achill Island, Achill Experience  lets you explore and learn about many the different species of sea creatures from around the waters of Achill Island and from the World beyond.  Visitors will also learn more about the social history of the island and the famous ‘deserted village’

So there you have it, 10 places within an hour’s drive of Ballina. Base yourself in Ballina, County Mayo and explore what counties Mayo, Sligo and Roscommon have to offer. And don’t forget to return home in time for tea! 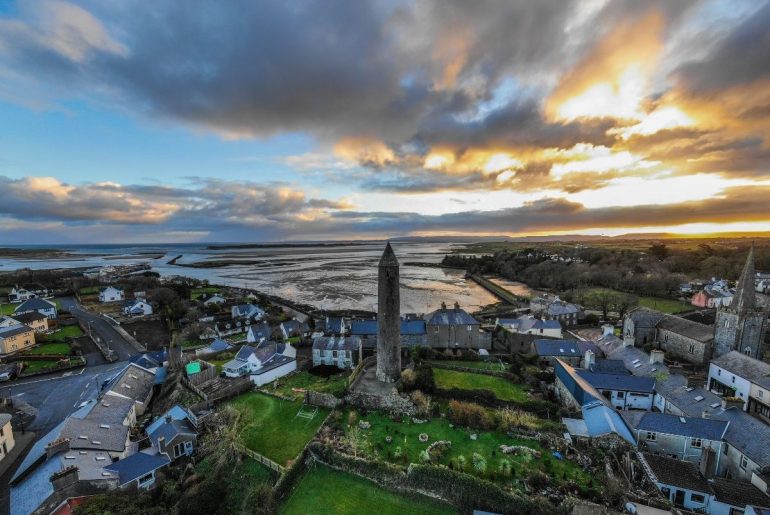 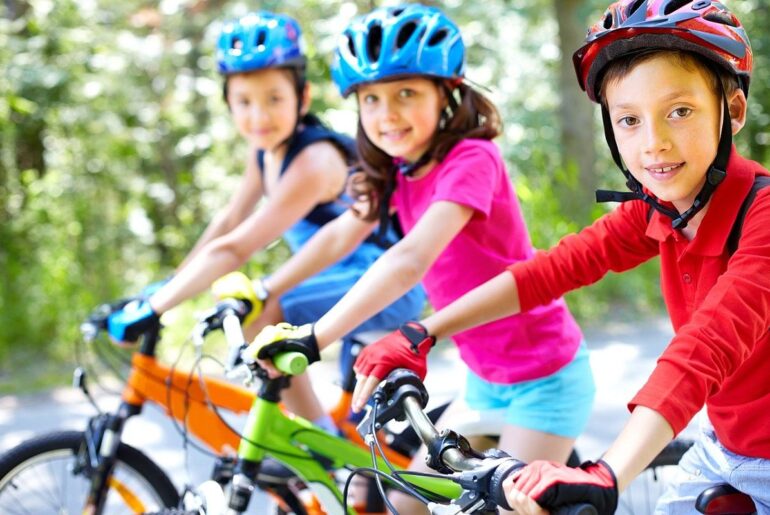 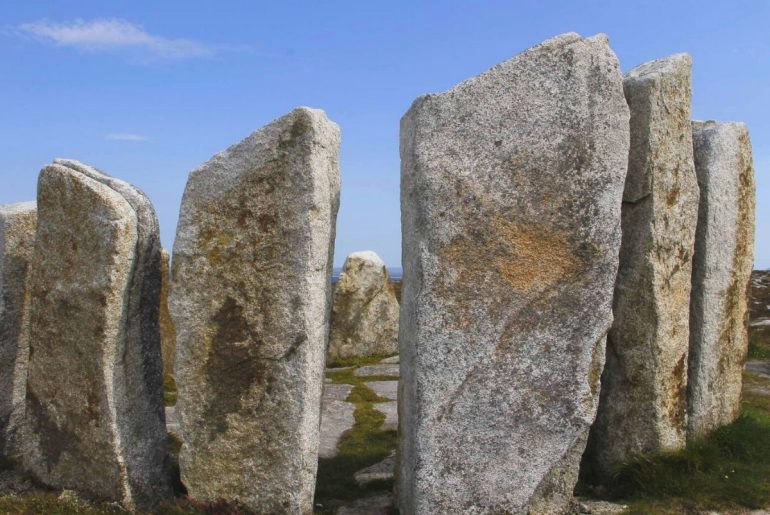