An evening of comedy in Ballina Arts Centre 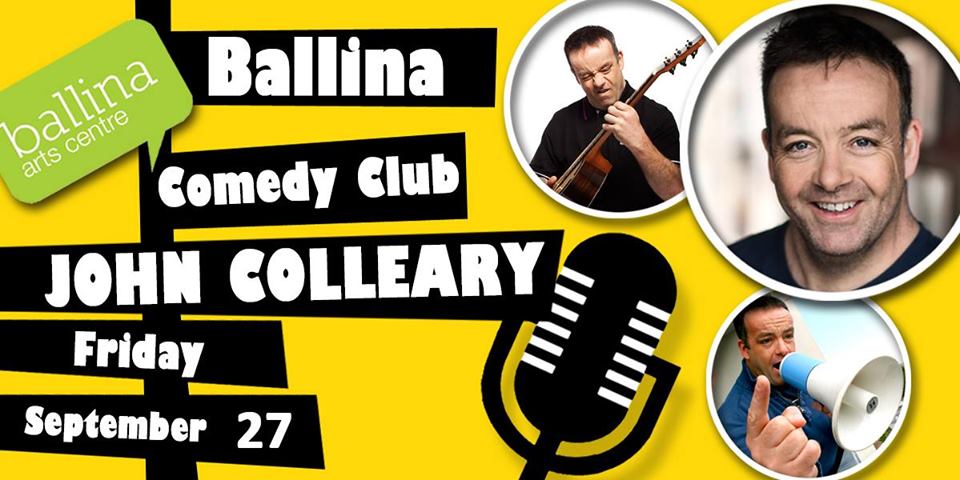 Writer and comedian John Colleary will leave you in stitches in Ballina Arts Centre on  Friday 27th September 2019 at 8pm.
Apart from being one of the most in-demand comics around, John Colleary has co-written and starred in IFTA nominated shows, The Savage Eye and Irish Pictorial Weekly. A talented actor and mimic, John recently featured as one-third of The Gusset Brothers on The Tommy Tiernan Show.

Colleary has also scooped a PPI award for his topical sketch writing and performance on TODAY FMs drivetime flagship, The Last Word. A regular at Kilkenny Cat Laughs, Vodafone Comedy Carnival and The Electric Picnic to name a few.
John can now add Ballina Comedy Club to this long line with what is to be an hilarious start to the winter comedy programme for all!
“It’d make you sick how talented he is” – Joe Rooney
Tickets: €14/12