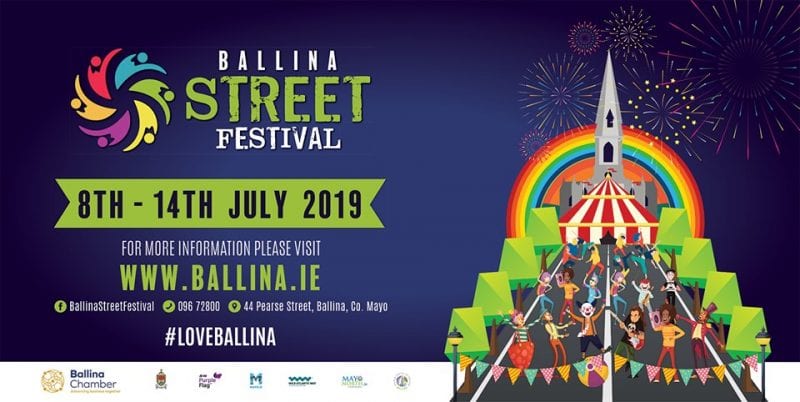 Ballina, Co Mayo brings another feast of festival fun to the West this July, as the Ballina Street Festival launches an eight day programme, featuring the old stallworth’s of Heritage day, traditionally held on Wednesday and this year running on Wednesday 10th July, Picnic in the Park, Beat on the Street and the Saturday night Fireworks extravaganza; The Ballina Street Festival entertains you from Monday 8th – Sunday 14th July 2019.

A story of love and loss, hope and resilience… Take Me Home, Colleen is a collection 12 original songs and stories, backed up by a cinematic visual experience, which tell the story of two young lovers and their struggles to survive the so-called Irish ‘Potato Famine’.

Written, directed and performed by Brendan Farrell, founding member of the well-known folk and ballad group The Sam Maguires, Take Me Home, Colleen is a contemporary folk music masterclass.

When it comes to comedians, there is none better or funnier than the King himself, CONAL GALLEN!!! Conal is bringing his brand new stand-up comedy show, “BACK TO FRONT” to the stage this summer!

Packed full of hilarious jokes, songs and a few surprises for good measure! It is guaranteed to have his audiences in fits of laughter from the very start right through to the very end! And, as always, audiences can expect the unexpected, because as usual, no one knows what he is going to come out with next (not even Conal himself)!!! There is a reason why Conal Gallen has won more awards than any other Irish comedian EVER… it’s simple, it’s because he truly is the BEST! Don’t Miss your chance to see the master of Comedy at work and book your tickets NOW!!!

Ballina’s National Heritage Day, the glorious Heritage Day runs all day, with street closures, hundreds of street stalls, arts and crafts and live music. Come in for the day and stay for the night!

Abbey Street Take Over; be warned as plenty of craic and devilment ensues in the crazy world of Abbey Street over the bridge.

Pearse St Party Frolics; a plethora of the finest of Irish trad music and song wafts along Pearse St, as party games, craft beers and a big Ballina Band finishes off the nights fun.

‘Beat on the Street’ in the Market Square, an original event that Ballina owned in the 80’s and 90’s and now its back with a bang, preceded by Ballina’s local musicians to get the party started with guest DJ, followed by a Fireworks Extravaganza.

Picnc in the Park & bring your Teddy along. A day of family fun, music and bouncy Castles.

Event through the Week

Carmel with bring you to visit Local Historic Sites -From Pre History through the centuries to the present day. Patrician and Medieval era, The 1798 Rebellion, the Famine, The Land League, War of Independence to Modern Ballina.

Keep a close Eye on Ballina.ie 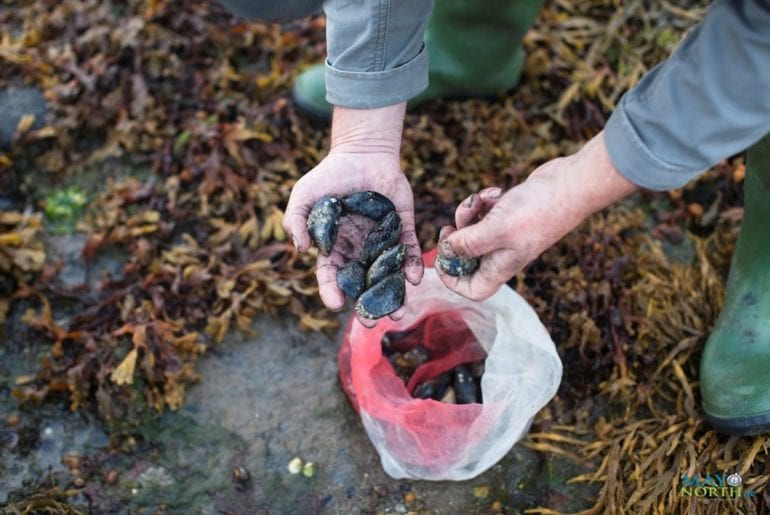