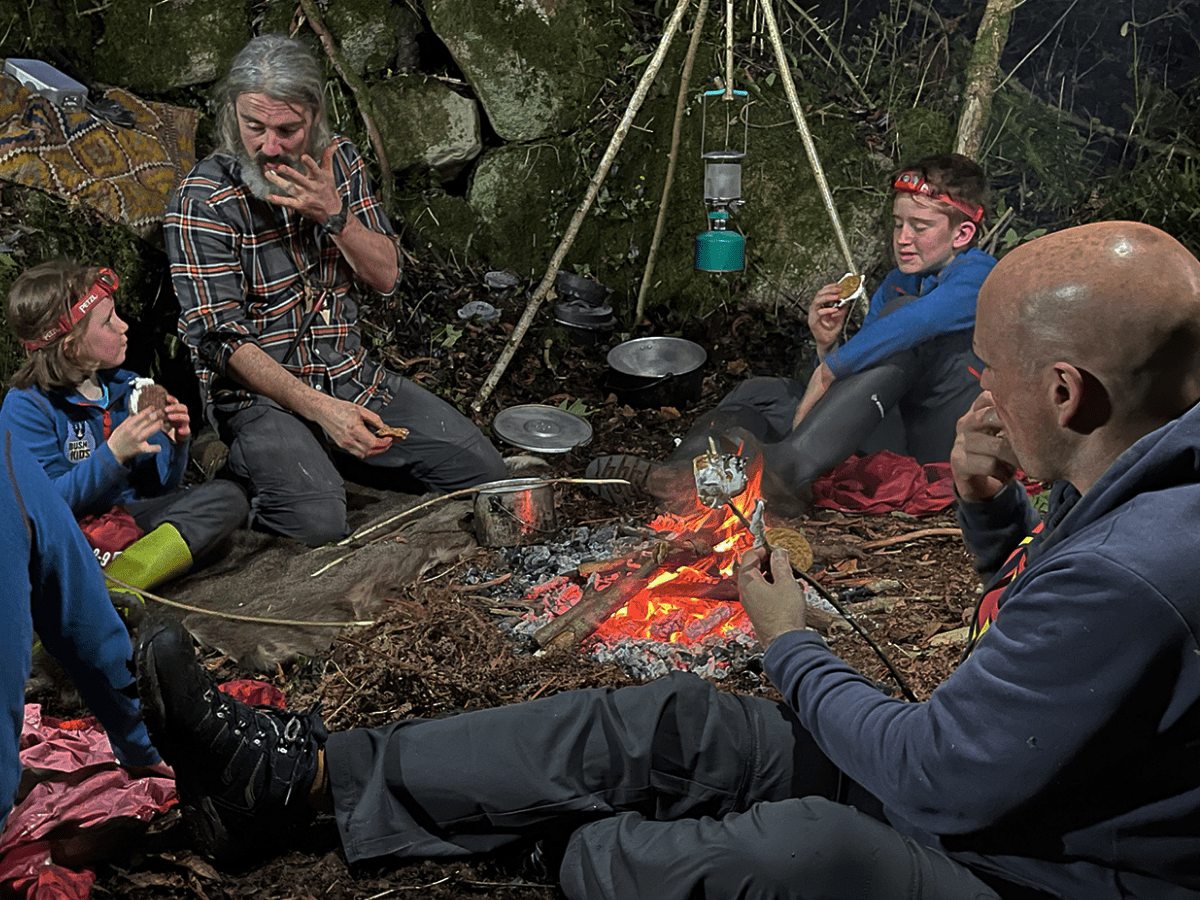 ‘Bush Kids’ follows four different families, each brought to a different habitat to learn how to survive in the wild. Bushcraft survival expert, Tom Bán, shares his skills with each family as they travel on an adventure into the wilds of Ireland.

With just their backpacks, the bush Kids, aged 5–12 years and accompanied by a parent, explore their given habitat and learn how to survive using only what they find around them.

Join Tom and the Bush Kids and learn how to light fires without a lighter, build camping shelters, prep and cook food on an open camp fire, and explore the wonders and resources in some of Ireland’s most remote areas.

Each family will travel to a different habitat which include, the Forest, Coast & Islands, the Meadows and Bogland, and explore how each location is unique especially when it comes to survival.

Tom Bán is from Tipperary and spent most of his time growing up hunting, fishing and spend countless hours outside exploring the landscape around him and learning local history. He is dedicated to learn the skills required to survive in the wild and the bushcraft needed to do so. Tom has brought his passion for the outdoors into his carrier and now teaches bushcraft and nature classes to groups of kids and adults all across Ireland. We are always asked at some point in our live “what would you bring with you if you were stuck on a desert island” and the answer should always be…. Tom Bán

‘Bush Kids’ will air on RTÉ 2 over four weeks commencing on Monday 22nd November from 3:50pm.

In the first habitat of the series, Tom takes the Norton family from Sligo deep into the forest, where they explore their surroundings and use whatever resources are available to survive.

The O’Connor family from Cork are thrown straight into the deep end as they visit the islands to learn from Tom the skills they will need to survive.

In the final habitat of the series, the Bergin family from Dublin, are brought by Tom on a journey to the meadows and woodlands. The family start by learning the importance of foraging and knowing the difference between poisonous berries and those that are safe to eat.

the Hennessy family from Waterford brave possibly the most difficult habitat in
the series, the bog! Travelling with just what’s on their backs, the Hennessy’s spend three days surviving in an area with very little resources and a terrain that would be difficult for any explorer. Realising that they won’t be able to sleep on the damp lumpy ground, Tom teaches the family how to build a raised shelter to sleep in, but will it get built before the light fades?


GMarsh TV has been creating engaging content for both national and international broadcasters for over 20 years. GMarsh TV have built a reputation for telling unique and gripping stories, often with rural or cultural roots. GMarsh TV love telling real people’s stories and we work closely with Ireland’s top network television companies to share local stories with large audiences.
Whether it be scouring the beach for hidden treasures or helping children learn through magical fairy stories, GMarsh TV produces a wide range of content for younger audiences. GMarsh TV are specialists in the children’s television genre and have a number of series currently airing on Ireland’s national broadcaster RTÉ.