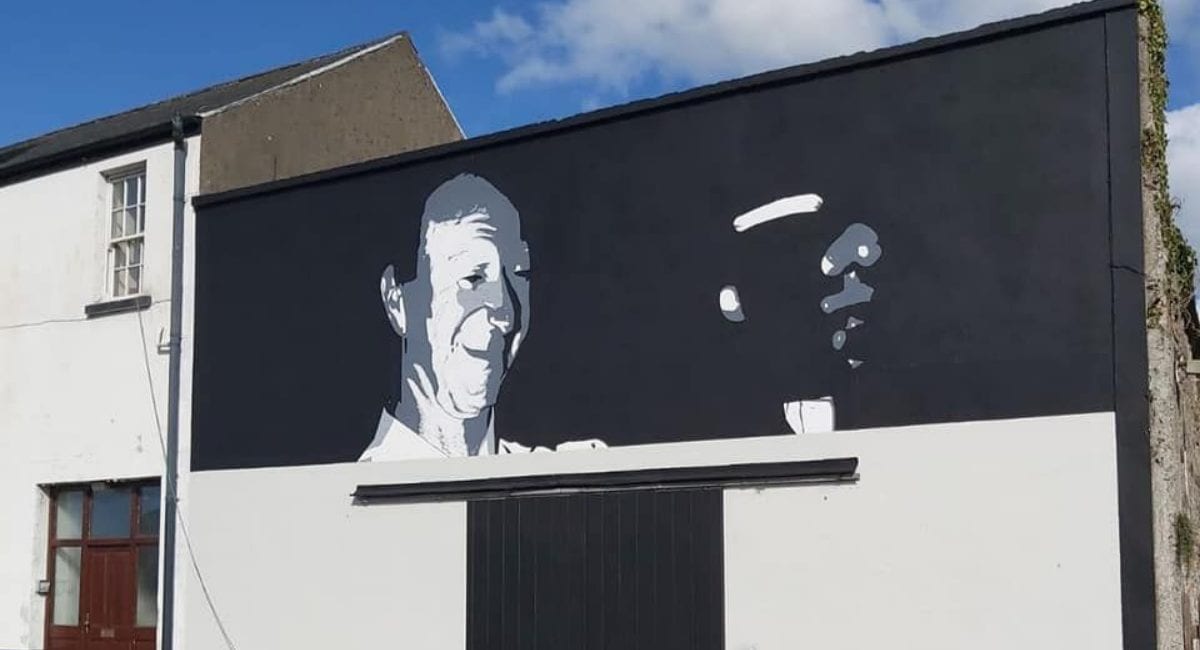 A documentary on the life of the late Jack Charlton will air this Sunday (March 28th) at 9pm on Virgin Media One.

Charlton first travelled to Ballina County Mayo in the late 1980s on a fishing expedition to the Salmon Capital of Ireland. Charlton fell in love with the area he bought a house in the area. In the years that followed ‘Big Jack’ and Pat were regulars to the North Mayo capital. They immersed themselves into Ballina life.

A dark cloud descended on Ballina last July when news broke that ‘Big Jack’ had passed away after his long battle with dementia.

A mural to ‘Big Jack’

In the wake of Charlton’s death Ballina Community Clean Up group painted the mural on a building overlooking the Ridge Pool, a favorite spot of ‘Big Jack’. Artist Pádraig ‘Smiler’ Mitchell, who led the team involved in the mural project, set the ball rolling on a ceremony to coincide with Charlton’s funeral in Newcastle England. The ceremony garnered the attention of local, national and British media

‘Jackie’s Army’ will be broadcast on the same channel later that night from 11:15pm. Those involved with the Irish 1990 and 1994 World Cup campaigns talk about the role team manager Jack Charlton played in the events.