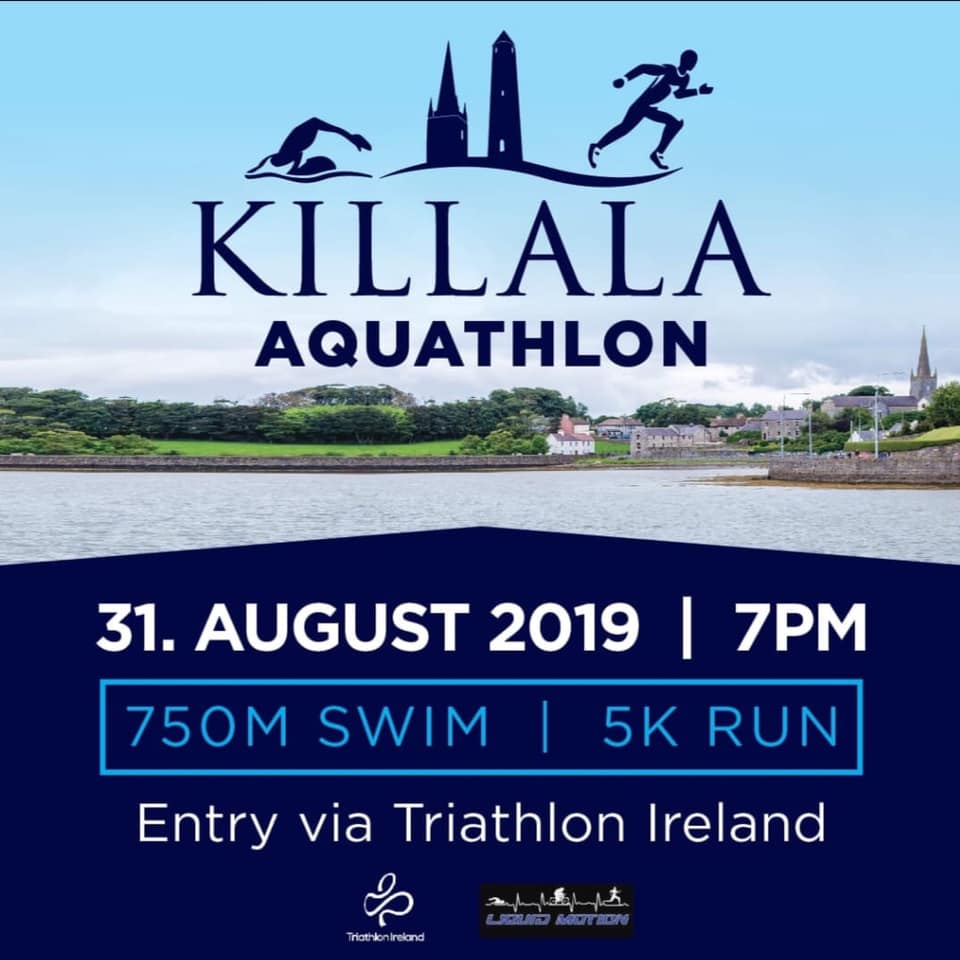 The Killala Aquathon will take place in the historic village of Killala in The Céide Coast on Saturday, August 31st 2019.

Hosted by the Liquid Motion Triathlon Club, the Killala Aquathon is the first ever large event aquathon and is open to all Triathlon Ireland members from all over the country.

Killala Aquathon gets underway at 7pm and consists of a 75om swim from the pier followed by a 5km run.

This event will be watched over as usual by their experienced kayakers and the run will be taking place along the local scenic Greenway and also Killala’s railway bridge.

Entries open to all members over the age of 16 so get entering.

This is not the only major sporting event taking place in the Céide Coast this year. On October 12th the Céide Coast Half Marathon & 10k Coastal Challenge returns in the village of Ballycastle.