This article from The Western People, dated  Jan 28 2019 by Orla Hearns and reproduced with their kind permission, details the incredible story of Killala’s ecclesiastic history, more layers of which were uncovered during recent infrastructural works by Mayo County Council in this beautiful seaside town. Thanks to Orla and the team at the Western People allowing us to share this fascinating account on our website.

Just one glimpse of Killala’s iconic Round Tower is all one needs to appreciate that  North Mayo town is a highly historic one.

In fact, the 12th-century round tower is one of the best-preserved examples of that kind of structure in the county, if not the country, and together with the local Church of Ireland Cathedral – which dates back to the 16th century or further – is an instant visual indicator that Killala has long been an important ecclesiastical centre. 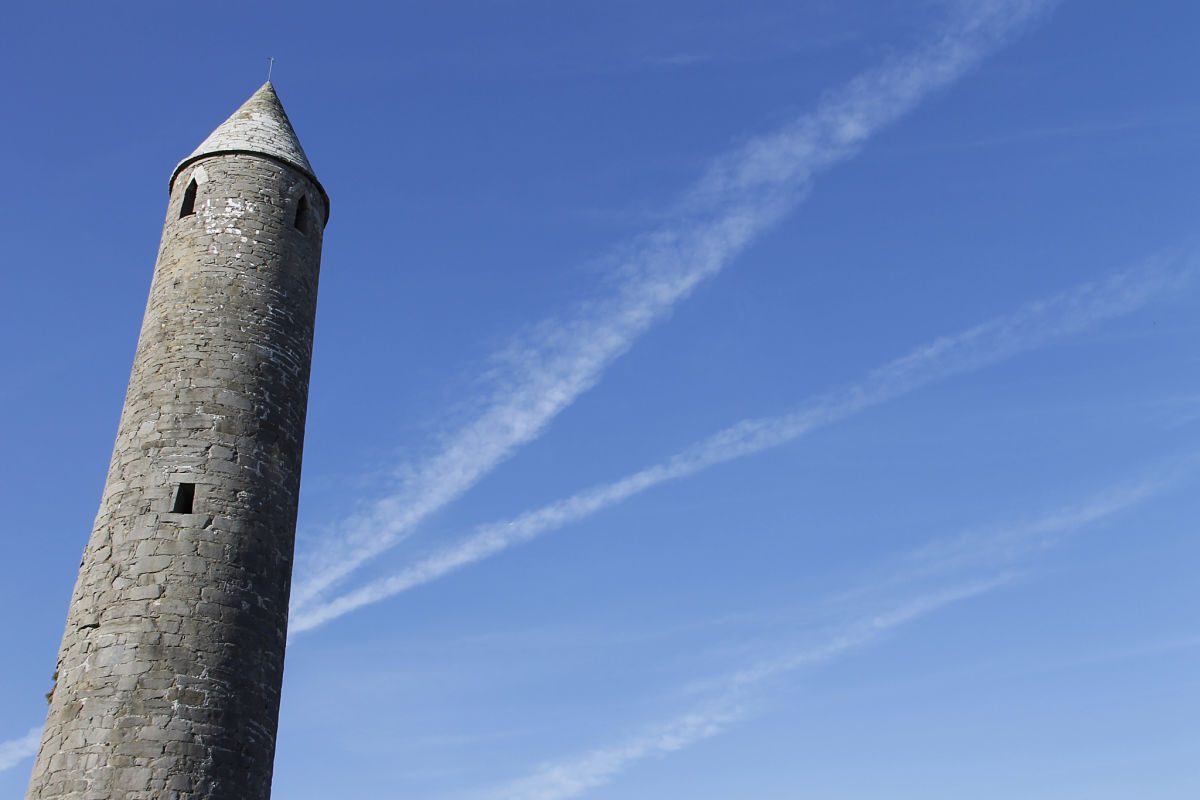 But the town harbours even more significant evidence of it’s impressive historical status. To find it you must go underground.

In the last five years or so , a series of  infrastructural works have allowed Mayo Co Council to do just that and the accumulated findings are expected to finally put Killala’s incredibly rich archaeological heritage in context from a local and national perspective.

Sue Zajac has been the council’s archaeological site director on these recent digs and surveys. She explained that Killala has been consistently used as an ecclesiastical centre from the 5th century when St Patrick is reputed to have established a church there, presided over by his disciple St Muredach.

Ms Zajac explained that it is believed that given Killala’s highly strategic location on the coast, the original settlement might have been located close to the sea.

It would slowly have spread outwards and upwards over the centuries as far as the Round Tower which stands on an imposing rock outcrop in the centre of modern–day Killala and the current Church Of Ireland building.

Killala is also the site of an extensive multi-use graveyard – much of which exists below the streetscape. Ms Zajac says “The graveyard was certainly in existence in the late 13th century but may have begun initially in the 5th or 6th centuries at the start of the ecclesiastical foundation in the town”.

Licensed excavation of a section of Killala medieval-era graveyard was undertaken prior to the recent construction of a carpark and the insulation of a new rising main for the Killala Sewerage Scheme. 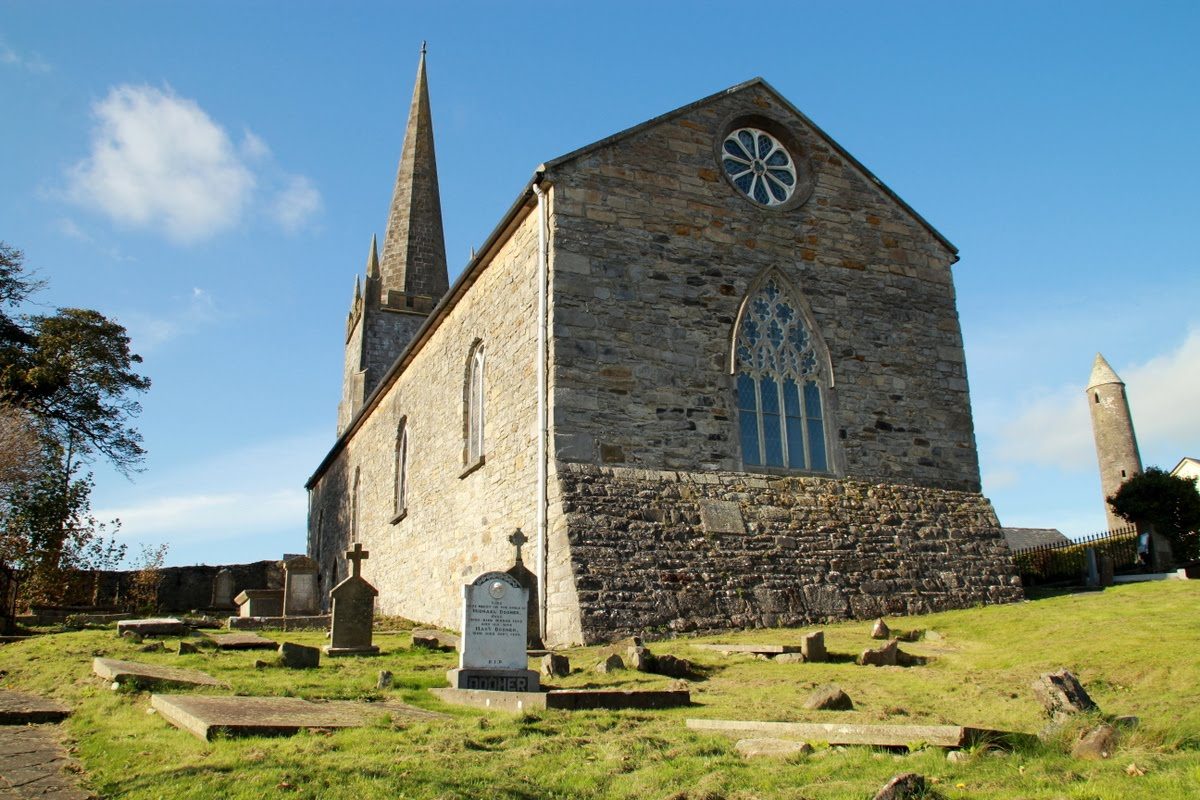 Ms Zajac revealed that 89 burials were uncovered containing a mix of both infant and adult remains.

They, together  with a section of artifacts including a bone, comb, quern stone ,pottery shards and a little crucibles, have been sent away for analysis.

The recent infrastructural developments in the town have also created an opportunity for Mayo County Council’s architects department to undertake a survey of the souterrain  in Killala.

First discovered in the 1880s ,the network of underground stone passage-ways is one of the most complete and extensive examples of such an underground structure in Mayo.

The purpose of the souterrain could have been multiple. They might have been used as an escape route or to hide precious treasures during the Viking raid. They may also have had a more practical function as a store for milk, milk-by products etc or more chillingly as a place to stow slaves. They may also have been a symbolism to the tunnels in the senses of the monastic community bring light in to the underworld.

Killala’s souterrain could now be about to gain significance nationally thanks to the discovery by Ms Zajac and her colleagues of a cross-slab  bearing the carving of a crucifix-like  emblem and serving as a lintel.

Ms Zajac explains that such cross-slabs are common features of early ecclesiastic settlements and may have initially been used as a headstone or a boundary maker. It is extremely rare  to find them used in  the construction of a souterrain and the one found in Killala is one of just seven of eight know souterrain cross-slabs  found nationwide.

“It’s remarkable to have this type of material  in Killala. This is a fanatic site because of the fact you can get down into it and enter the underground world”.

Ms Zajac remarked but stressed that the souterrain  is frequently flooded and not safe for members of the public to enter. She says it is possible that Killala’s souterrain was built in two phases with the earlier phase characterised by circular chambers and the later addition featuring rectangular passages and chambers.

A view from the souterrain tunnel into the first, flooded rectangular passage. Photo: John Sutherland.

It’s thought that the latter phase might be associated with the period of the construction of the round tower and signifies that the original settlement has grown and developed very extensively by that stage.

Ms Zajac explained that the diocese of Killala was established at the Synod of Rath Breasail in 1111.

In fact, it’s thought that the cathedral’s existing south doorway (now blocked) may have been part of the earlier church. A tower, spire and vestry were added to the building in 1817.

“Though the work of the council we have been able to gather a lot of information that was not there prior to this so we have been able to build a picture of Killala’s ecclesiastic history and heritage, which, based on the findings of the report later this year might lead to a proper publication on the archaeology of the whole place”, Ms Zajac explained.

Such publications will be important for determining the manner in which Killala is developed and will help to ensure that its character is returned going forward.

“It’s not just about the Souterrain and Round Tower. There are also a lot 19th century features in Killala that need to be kept as an important part of the town’s overall story.” Ms Zajac stressed.

“If the council had not invested a little bit of money into surveying the souterrain during these latest works then we would not have found the cross-slab which has completely changed Killala’s profile to one of national significance.”

Looking to the future, Ms Zajac believes that it would be important for Killala to try to secure official heritage status as a town and for the community to work closely with Mayo County Council in planning the town’s future development.