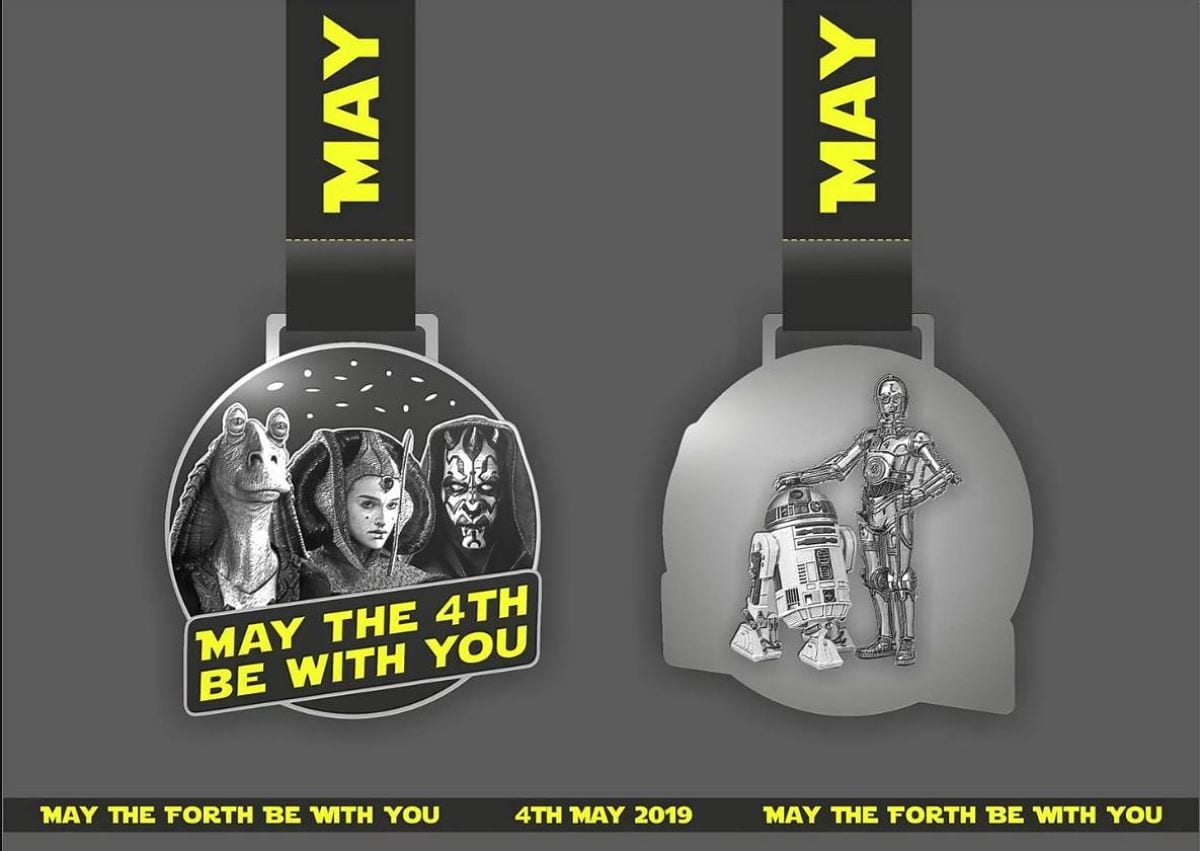 It’s 20 years since Star Wars Episode I “The Phantom Menace” was released in cinemas in 1999, and to commemorate this momentum occastion, a Mayo Day Star Wars 4 miler  walk/jog/run will be held in Attymass, Co. Mayo on May 4th, 2019 at 9am in conjunction with Liquid Motion Triathlon Club.

The event coincides with Mayo Day 2019, so what better excuse to get your trainers on, and earn a specially themed Star Wards medal. This is a chip timed event with a fantastic Star-Wars themed 80mm medal for all finishers!

For those living elsewhere, a virtual run option is also available.

Interestingly, Attymass also has connections with Star Wars – the famous Star Wars director George Lucas was previously a member of the board of the Fr Peyton Centre in Attymass – because the young director was given his first credited job by the Rosary Priest, Fr Peyton.Quoted in the Mayo Advertiser, Fr Steve Gibson says “Fr Peyton hired [George Lucas] to make a movie, ‘The Soldier’, starring a young William Shatner. George Lucas went on to do Indiana Jones and Star Wars but his first film credit, his first job, was The Soldier with Fr Peyton and for many years he was still on our board. So he owes us something.”

So this is indeed a fitting location for a Star Wars themed run on May 4th. May the Fourth be with you!