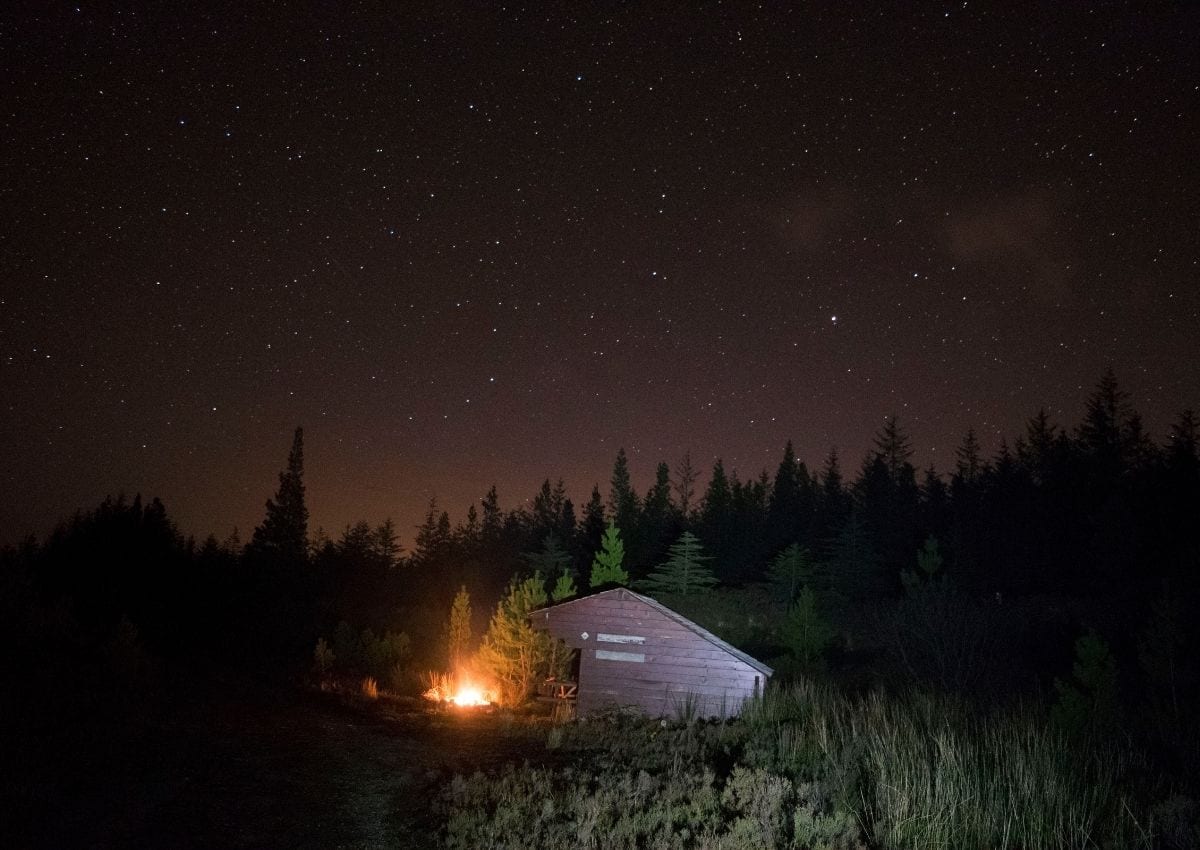 Today, May 5th 2021 marks the fifth anniversary of the official creation of Mayo International Dark Sky Park, an area of outstanding natural beauty which adds another aspect to the already stunning Wild Nephin Ballycroy National Park.

Indeed the dark sky has always been a feature of the 11,000 hectare National Park and the accreditation is a way of emphasising this. The National Park and International Dark Sky Park is located along the Western seaboard of northeast Mayo, covering a vast uninhabited and unspoiled wilderness. Whilst the Nephin Beg Mountain Range dominates by day, the dramatic night skies are the star of the show come sunset.

The sense of intrigue and magic that visitors experience on viewing the night sky from the Park highlights the importance of preserving areas that are naturally dark. Unfortunately dark skies are becoming increasingly rare, but establishing the Dark Sky Park has also been a way to communicate this loss of natural darkness that is due to increasing artificial light at night (ALAN).

Much has happened in these five years since the dark skies international accreditation. The Park has played a major role in the development of North Mayo as a tourism destination, and under the management of the National Parks and Wildlife Service at the Department of Housing, Local Government and Heritage, its reputation is going from strength to strength.

Through the years Mayo Dark Sky Park has been celebrated and marked in a number of different ways including the annual Mayo Dark Sky Festival held at the end of October/beginning of November and the International Dark Sky Week events in April.

Although the past iteration of these events have been virtual affairs, they attracted more attention than ever and also experienced a significant increase in attendance. A highlight in terms of events in the past five years has been the opportunity to present the Mayo Dark Sky Park to a global audience when hosting the European Symposium for the Protection of the Night Sky in 2019. This conference saw delegates coming to Mayo from across the globe to discuss current research, activism and policy on protecting the night sky. It included a field trip to the Dark Sky Park and the Visitor Centre in Ballycroy.

In 2019 Georgia received a Dark Sky Defender award from the International Dark Sky Association (IDA), the awarding authority for Dark Sky Places, for her work to reduce light pollution. Georgia has recently been selected as a European representative to the IDA’s International Committee that reports directly to the IDA Board of Directors as a voice for the global community, supporting the IDA’s goal to protect and conserve natural night sky.

The future is ‘bright’ for our dark skies in Mayo with plans for a world-class Planetarium and Observatory for the Dark Sky Park, which will further enhance the facilities at the Mayo Dark Sky Park, not just for tourism but for education and research.

The Mayo Dark Sky project has been a resounding success and this is in no doubt down to a dedicated community group Friends of Mayo Dark Skies with the ongoing support from NPWS, Mayo County Council and Fáilte Ireland.

Collaboration has undoubtedly been the key to its success so far and will be ongoing into the future.