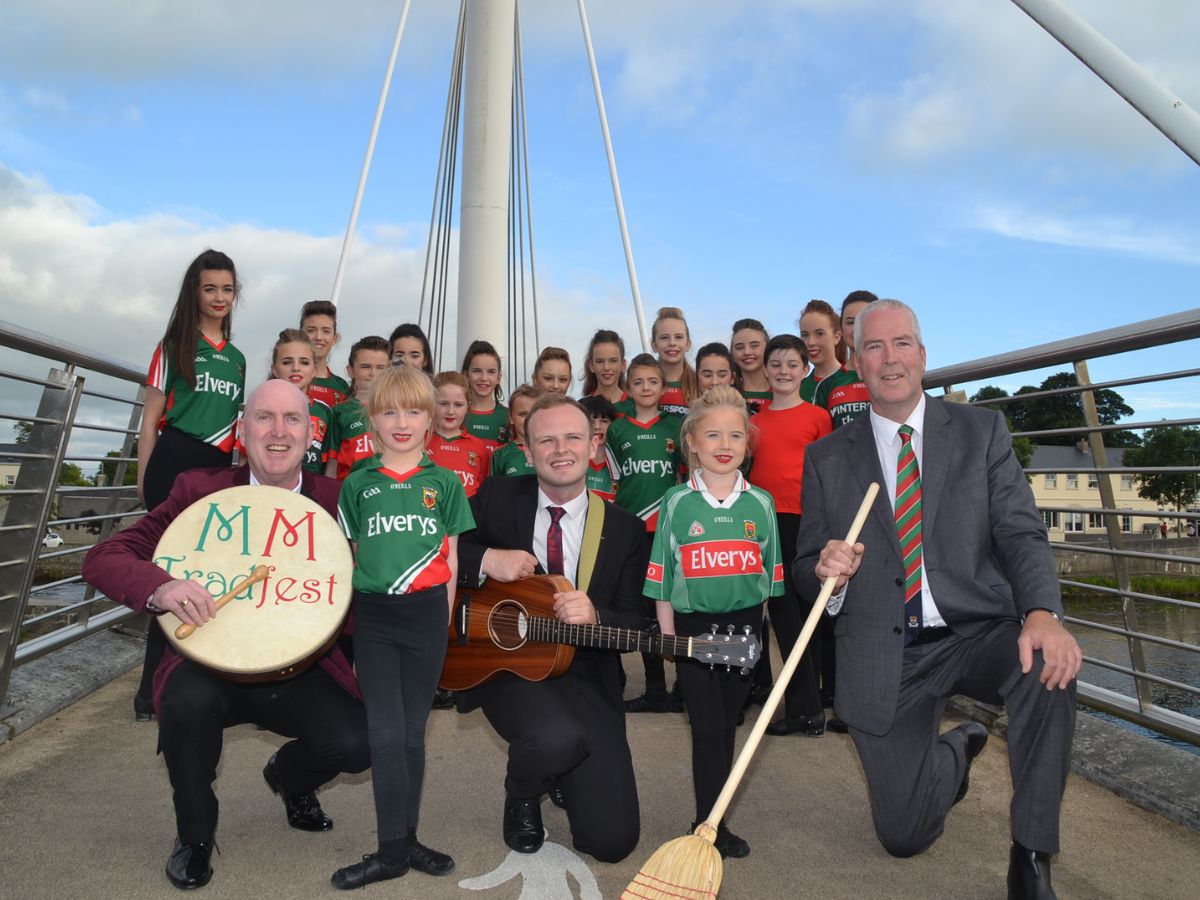 After an absence of three years due to the pandemic, the award-winning Mayo Manchester Tradfest is set to return as one of the flagship events for the inaugural Home to Mayo festival. The week-long festival of traditional Irish music, song and dance will run from Thursday, 26 May to Tuesday, 31 May and will features over 100 performers from Mayo and Manchester.

Tony Hennigan from Mayo Manchester commented: “We cannot wait to return Home to Mayo for this festival which has seven hubs covering the North, South, East and West of Mayo. The festival will visit Achill, Ashford Castle, Ballina, Ballinrobe Races, Castlebar, Cong and Killala.”

The family-friendly action-packed festival features a series of outdoor and indoor events with something for everyone, with most events free of charge. It is one of the biggest celebrations of Traditional Irish Music, Song and Dance in Ireland and Mayo Manchester Tradfest is delighted to be involved in Failte Ireland’s Global Festival series and forming a partnership with Mayo.ie. The countdown to the festival started in October when the festival was launched in the UK with the Irish Embassy, and they then went on to stage a special event in March at Manchester United at their 70,000 sellout game against Manchester City.

Ireland West Airport has once again become the Mayo Manchester Tradfest Travel partner and the Manchester-based Cara Group who have very strong Mayo roots are the main sponsor.

The top seven events of the festival include:

In the market square followed by a parade through to the Linenhall Arts Centre at 1.45pm.

The show features a host of musicians, singers and dancers including the award winning singer-songwriter Sina Theil.

Visit to the fishing village of Killala with the Fianna Phadraig Pipe Band and In Humbert’s Footsteps on Friday 27 May at 6pm.

Mayo Manchester Home to Mayo celebration of 150 years of Irish Piping with the Dooagh Pipe Band and the Fianna Phadraig Pipe Band on Sunday 29 May at 1pm in Dooagh Village on Achill Island.

Monday, May 31: Closing performance and tour of Cong

Mayo Manchester Home to Mayo Tradfest Closing performance at Ashford Castle and Cong village on Monday 31 May. The group will first visit the Castle to entertain the residents in a special private performance in the grounds of the five star hotel before they embark on a public tour of the village and its pubs from 3pm.

More information is available on www.mayomanchester.com/events