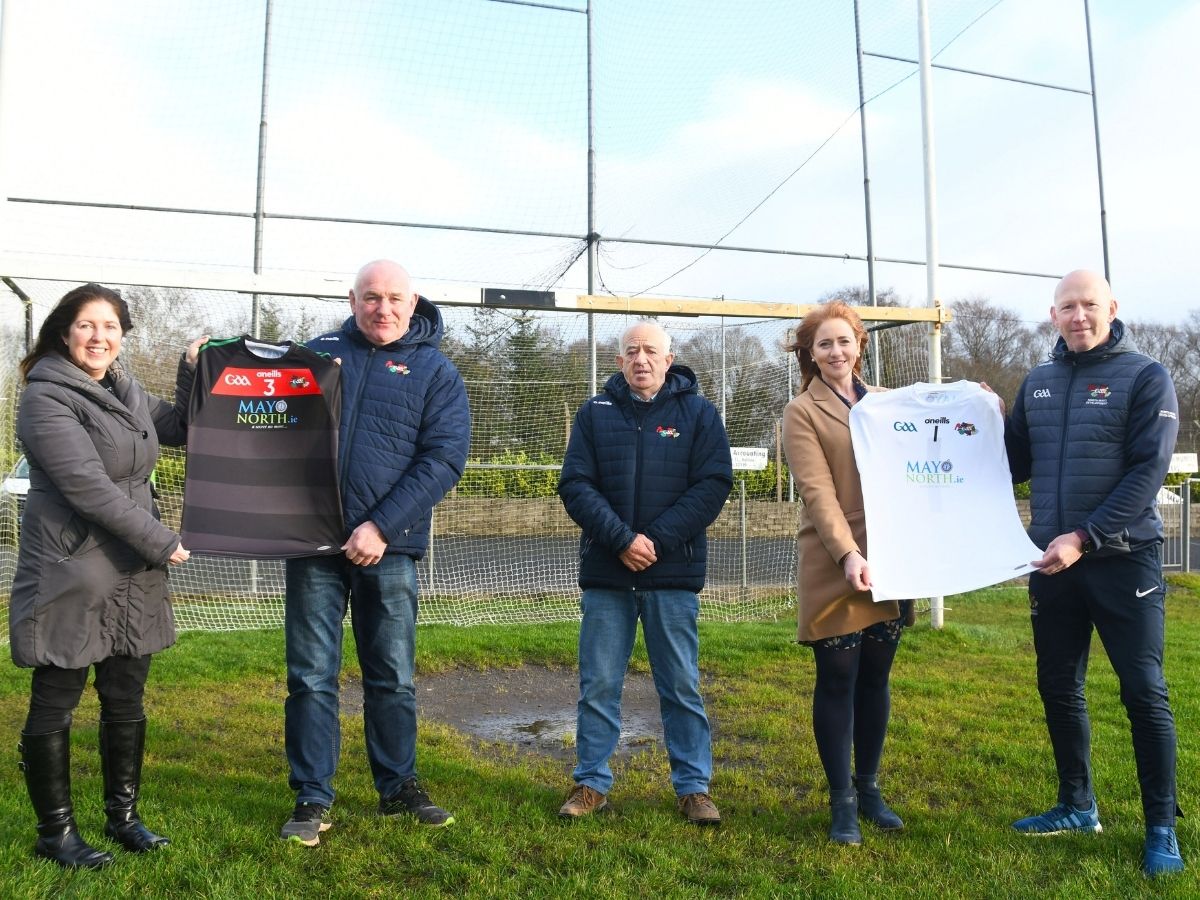 The North Mayo GAA development initiative and Mayo North Tourism, along with a number of local businesses, have teamed up to launch a brand new jersey to be worn by young footballers from all around the region in 2022 and beyond. The two North Mayo organisations have different remits, but the jersey will serve to help to raise awareness of both of their respective activities in the area.

North Mayo GAA Development is part of the national grassroots development programme set out by the GAA. The initiative, which is overseen by Games Promotions Officers Michael Fitzmaurice and Eoin Sweeney, brings together footballers between the ages of 12 to 17 from clubs all around North Mayo, providing them with the opportunity to train and play with players from other clubs in the region, and develop and test their skills and fitness levels at U14, U15, U16 and U17 level by competing in interdivisional and provincial blitzes,. This complements and enhances the work already done in their clubs. There is huge demand for the programme, with 81 players from the region registered this year at U14 level alone.

Michael Fitzmaurice, North Mayo GAA Development said: “We’re delighted with this new partnership with Mayo North Tourism, an operation with a similar ethos to ourselves. Both organisations believe in developing and supporting our own talent and resources for the betterment of the area and the young people in it.”

Mayo North Tourism works to support, develop and promote the tourism offering in North Mayo, and recently unveiled its 2022 plans, which include the creation of a series of new destination videos, new digital walking tours, a series of media visits and national PR and advertising campaigns to include print, radio and online, a number of tourism industry networking events, and a visitor research project. Membership is open to all businesses in North Mayo.

Anne-Marie Flynn, Manager of Mayo North Tourism said: “We’re proud to team up with local businesses to support an organisation that, like ourselves, is working at grassroots level in North Mayo to develop capacity and address challenges presented by rural depopulation. The ethos of North Mayo Football Development is similar to our own in that it leans heavily on collaboration, capacity-building, shared resources and networking, and a belief that by working together, we become stronger. It also helps to grow the North Mayo brand across the region.”