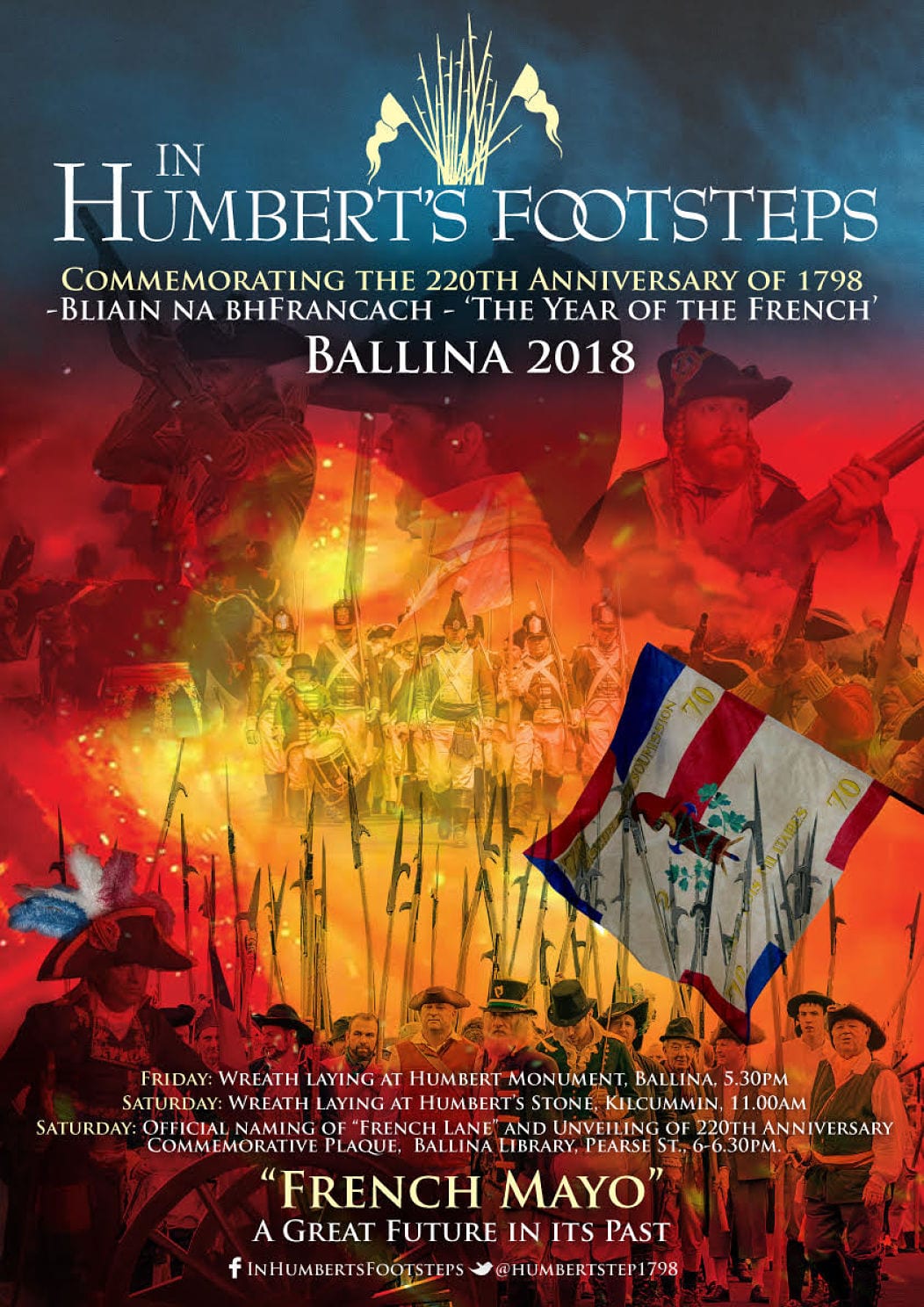 A special series of events events in North Mayo over the weekend of 26th to 27th October 2018 commemorates the Year of the French, 1798, or Bliain na BhFrancach on this 220th anniversary of the arrival of a French Government sponsored fleet under General Jean Joseph Amable Humbert into Killala Bay to aid Irish insurgents in the Irish Rebellion of that year. Come join us In Humbert’s Footsteps in Ballina and North Mayo this October.

Co-ordinated by the dynamic In Humbert’s Footsteps group of historical reenactors, under the stewardship of Steve Dunford, the series of weekend events include wreath laying ceremonies at the Humbert Commemorative Memorial (The Maid of Erin) in Ballina on Friday 26th October, a laying of wreaths at Humbert’s Stone in Kilcummin on Saturday 27th October, the official naming of ‘French Lane’ in Ballina and the unveiling of a commemorative plaque at Ballina Library on Pearse Street on Saturday evening, 27th October.

A very special group of guests and public representatives from the Vosges region of France, where General Humbert was born, have come to walk In Humbert’s Footsteps in Ballina and North Mayo and to participate in the weekend’s remembrance events. They come to North Mayo following on from a successful commemorative visit by Steve Dunford and an Irish Delegation to the Vosges in summer 2018.