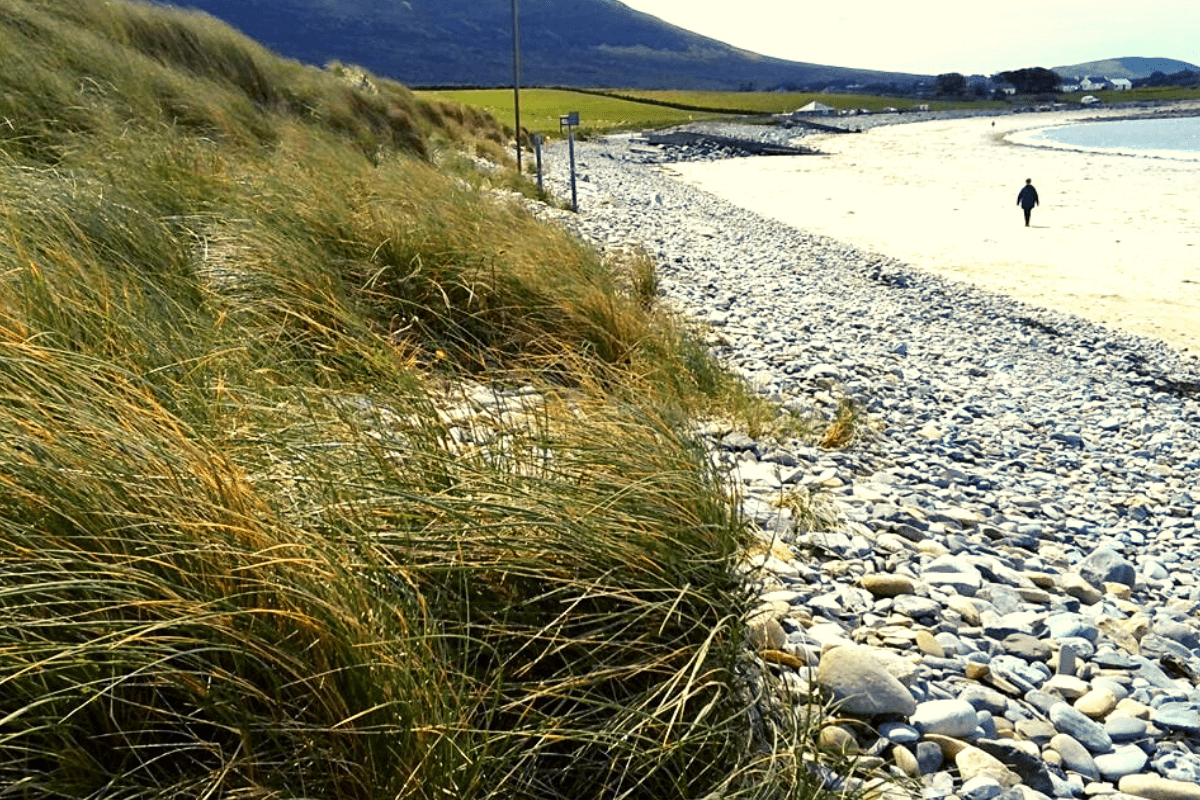 Sand Dunes: They Protect Us, Let’s Protect Them

Damage to our sand dunes is evident all around the coast according to the Climate Action Regional Offices who today launched a new campaign in collaboration with local authorities and NUI Galway to highlight the importance and fragility of these natural coastal protections and important habitats.

The preservation and strengthening of natural coastal defences, such as sand dune systems, plays an important role in increasing our coastal resilience to the impacts of climate change. Other countries, such as the Netherlands, are protecting and restoring their sand dune systems as a cheaper and better method – in some cases – than hard coastal protection works.

The launch of the #ProtectOurDunes campaign coincides with the first World Sand Dune Day, which highlights the importance of conserving these vital coastal habitats around the world.

This initiative is asking the public to help protect the dunes by enjoying the beach responsibly and will include awareness raising measures on social media to convey the importance of our sand dunes to coastal resilience and biodiversity, how they can be easily damaged from recreational activities, along with simple measures to preserve them.

Speaking at the launch of the campaign on Bertra Beach in Co. Mayo, Dr. Kevin Lynch, Coastal Geomorphologist at NUIG said;

…where in the past some may have thought sand dunes were just nice places for the plants and animals, there is a growing realisation they can be a big part of our fight against climate change and storm impacts. Coastal dunes are an excellent, flexible coastal protection. By looking after them, we have a win-win situation.

The main objective of the #ProtectOurDunes campaign is to raise public awareness around the value of sand dunes, how dunes are formed and the potential damage that can be caused to dunes from human activity.

The public are being advised of activities that can damage our sand dunes, including trampling on the dunes, sliding down the dune face, wild camping and campfires, sports training and roaming dogs. We can protect them by staying off the dunes, keeping to designated pathways and camping areas, following the direction of local signage and watching wildlife from a distance.

Supporting information, videos and communication toolkits for coastal communities are available on the CARO website. The campaign will be visible on social media platforms including CARO and local authority social media from 25th June and will continue over the summer months.