Fascinating parts of the heritage of North Mayo 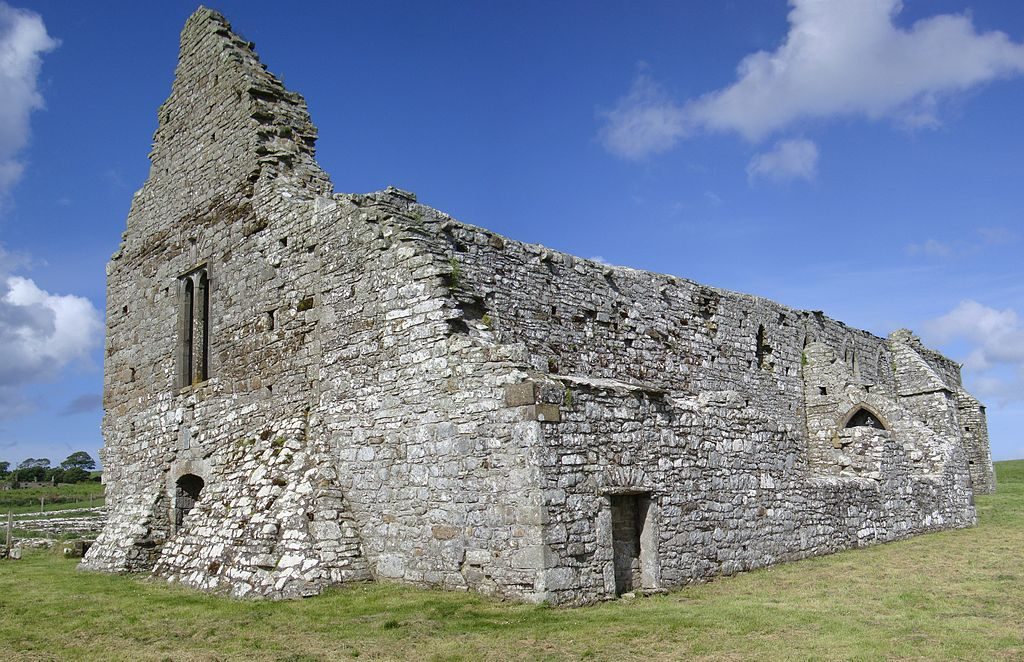 North Mayo is home to five historic abbeys, each with their own fascinating story. Four of these form the basis of the Monasteries of the Moy, a trail that runs alongside the famous River Moy, leading towards the Céide Coast. Read on to learn about our beautiful and historic abbeys of North Mayo. 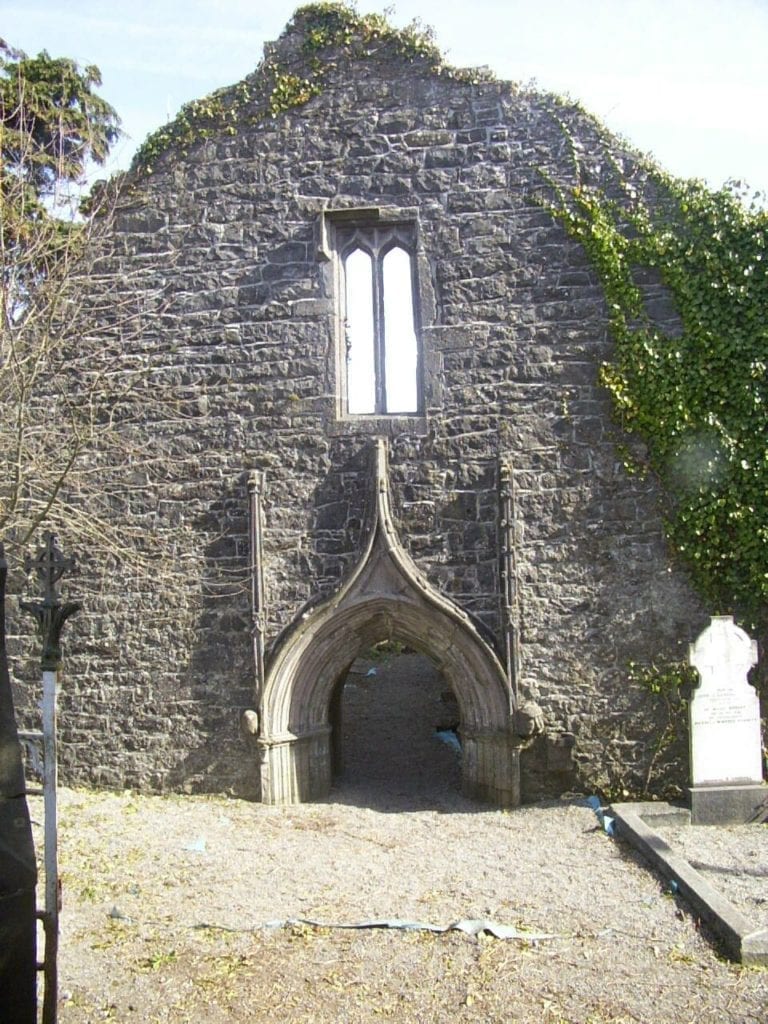 Access to this Abbey is not available as the building is in ruin but visitors are still able to marvel at what remains.

This Abbey is located along the banks of the River Moy in Abbeyhalfquarter Street in the grounds adjacent to St. Muredeach’s Cathedral.

This Franciscan Abbey is thought to have been built on the site of a former religious site called the Augustinian House of St. Mary of Ardnaree.

The current building remains are thought to have been founded by Tadhg Riabhach Ó’Dubhda (O’Dowd), King of Uí Fiachrach Muaidhe (Fiachra of the Moy) circa 1427. The O’Dowd’s were patrons of the abbey until it’s dissolution under the reign of Queen Elizabeth I of England.

A Celtic cross to the side of the abbey door is the final resting place of Captain William Walsh M.R.C.V.S of Lower Bridge Street who served in the British army during the First World War. Captain Walsh died of influenza in Ballina on the 27th February 1919 at the age of 26. 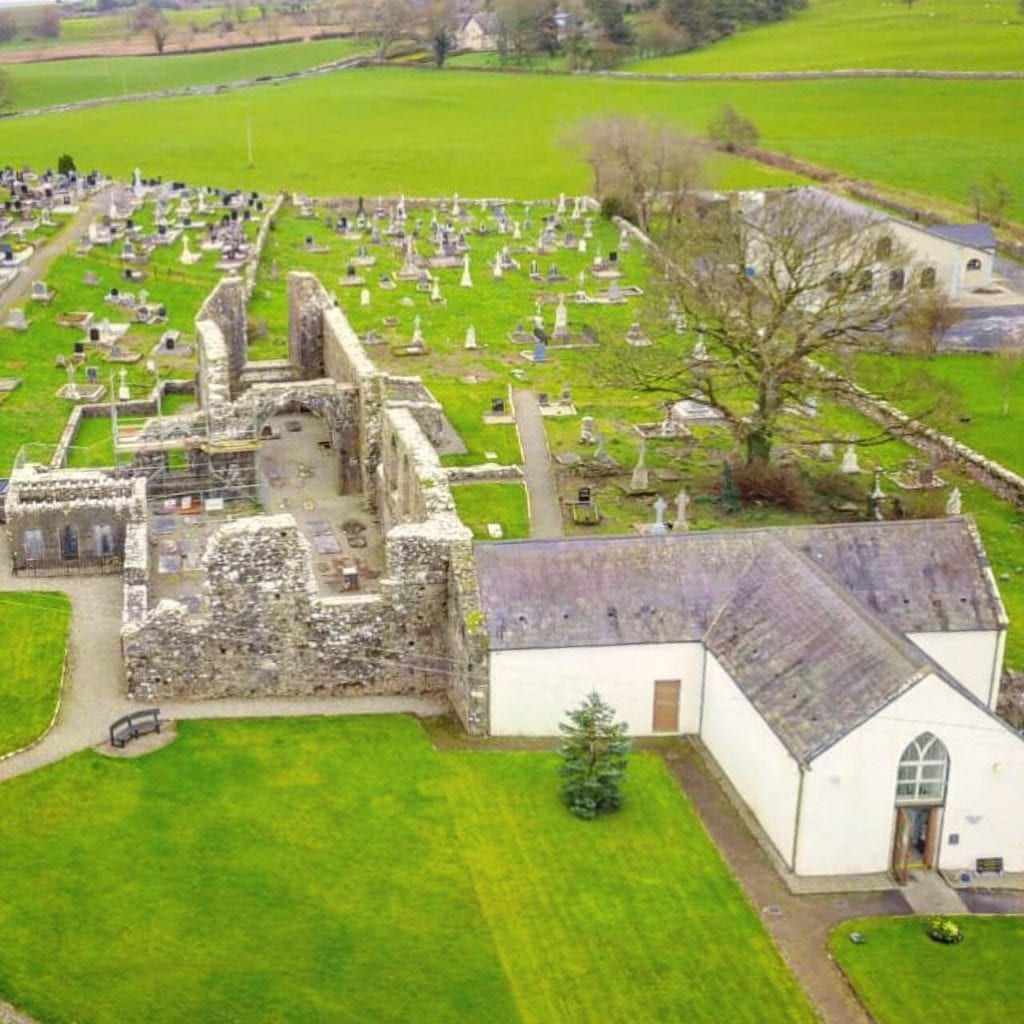 Straide Abbey is situated about four miles south-west of Foxford.

Originally founded circa 1240 by Jordan de Exeter Sheriff of Connacht, this abbey was originally named the Abbey of Athletan.

The abbey was inhabited by  the Order of Friars Minor (Observant Franciscan Friars), before being re-founded by a Dominican Order in 1252/53.

In March 1434 Pope Eugene IV granted an indulgence to all the faithful who would give help towards the restoration of the abbey.

In 1578 the abbey was dissolved and leased to James Garvey. In 1588 a lease of the abbey was granted to Patrick Barnewall for forty years.

Fr. Patrick D. Kelly, the last of the friars of Straide, died circa 1858. The altar and the tomb was removed from the abbey by the parish priest of Straide, Fr. James O’Donnell, in 1871,  and placed in the parish church to serve as an altar.

The Michael Davitt Museum is located adjoining the abbey. It is in the grounds of the abbey that the Founder of the Land League is buried.

Moyne was founded by a Papal decree of Pope Nicholas V in 1460 and erected by McWilliam Bourke, a member of the Barret family, for Franciscans of the Strict Obedience and was one of the chief houses of study for young Irish Franciscans. The friary was consecrated in 1462.

According to a local legend the monks had their choice of all of the lands owned by their benefactor, and having examined several sites settled on Moyne (Maighin translated as a small plain), apparently with the help of a little robin or wren.

Church records inform us that the celebrated fifteenth-century Franciscan manuscript Meditationes Vitae Christii (Meditations on the Life of Christ), was translated into Irish as ‘Smaointe Beatha Chríost’, in the scriptorium of Moyne, by a choral canon of Killala named Tomás Gruamdha O’Bruacháin.

The abbey is still almost perfect, except the roof and some buildings on the North side, which were taken down about 1750 by the then proprietor, Knox, to furnish materials for a dwelling house which was erected nearby

Moyne Abbey is located on private property but a right of way does exist. 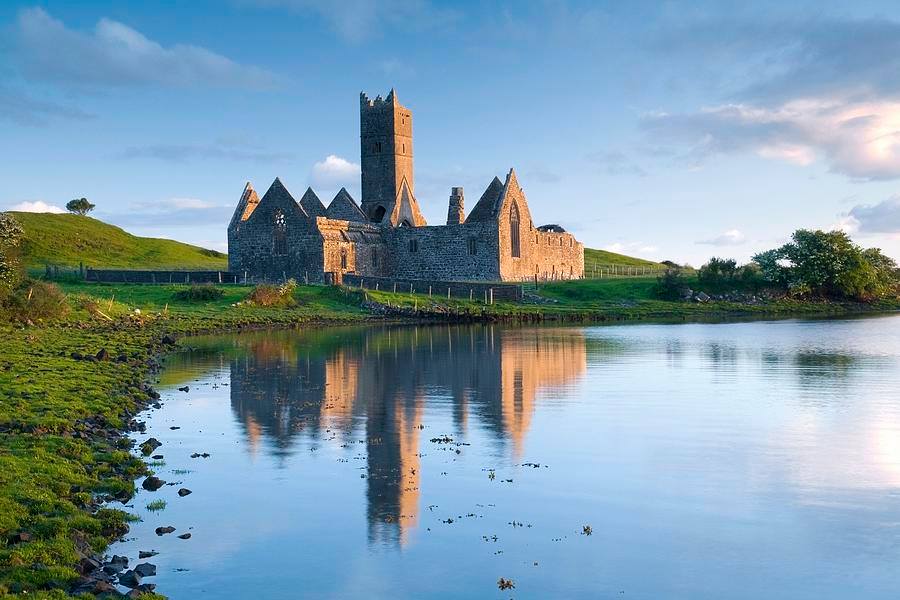 Located on the Moy estuary near historic Killala, Rosserk Friary was built by the Joyce family circa 1440 for the Friars of the Franciscan Third Order Regular. Rosserk Friary is one of the finest and best preserved Friaries in Ireland.

There was an oratory on the site centuries before the present Friary was built, and ‘Roseric’ is first mentioned in ecclesiastical writings circa 1198.

There is uncertainty as to when the Friary was dissolved but there are reports that Friars remained in the area in 1606.

Tradition states that the Abbeys of Rosserk and Moyne were also rivals for the lucrative salmon rights of the river Moy. Apparently, the monks of Rosserk were greatly aggrieved that Moyne was built two miles nearer the Mouth of the River Moy, as they had built their abbey first!

Rosserk boasts a unique high relief carving of a Round Tower-measuring about two feet in height, this particular piece of stonework is reputed to be the only medieval representation of this ubiquitous class of building. Rosserk boasts several pieces of decorative sculpture, including a number of carved heads, and other embellished carvings. 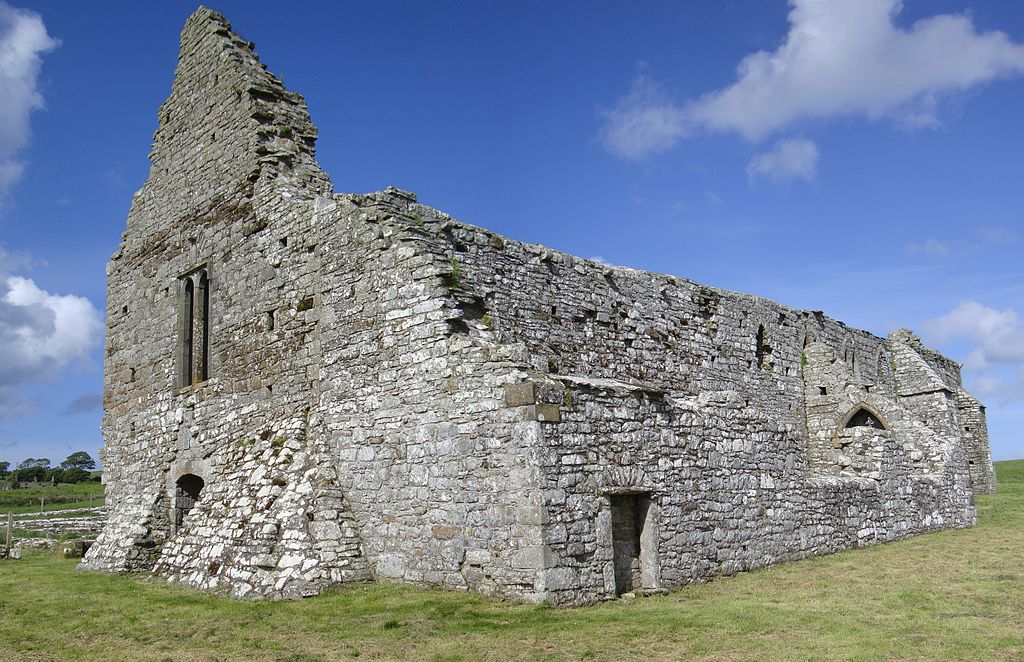 A few miles north of Killala, by the Ballycastle road, on the bank of the Avonmore river, stand the ruins of the Dominican Abbey of Rathfran.

The abbey at Rathfran was founded in 1274 by the de Exeter family. Rathfran once had a fine east window of which only the side piers and their well moulded angle shafts remain.

In 1438 indulgences were granted to those who could donate money to allow the building of a refectory and bell-tower. In 1458 it was reported that the friary was impoverished and reduced by wars and other disasters.

It was dissolved in 1577 and granted to Thomas de Exeter, and burned by Sir Richard Bingham’s army in 1590.  Friars lived in the area into the 18th century.

For more information on the abbeys of North Mayo, please visit http://www.sacredlandscapes.ie which provides a guide to many more sites of sacred origin in North Mayo.