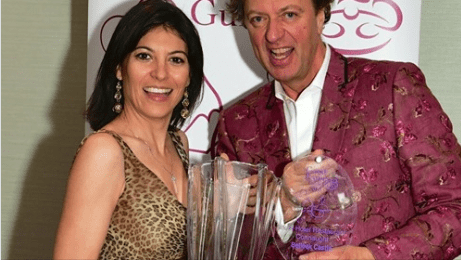 The Good Eating Guide has been stimulating Irish taste buds for the last 15 years with their aim being to provide diners and visitors with an outstanding dining experience that reflects our Irish identity.

The Good Eating Guide inform and promote all the latest and greatest restaurants, deals and general culinary ‘going ons’ throughout Ireland.

The Library Restaurant at Belleek Castle 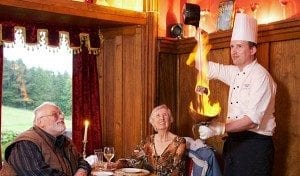 The kitchen team at Belleek Castle is led by local chef Stephen Lenahan, who is passionate about food. Stephen’s philosophy revolves around using fresh, local and seasonal ingredients from the sea and the land, blending the flavours of these with the traditions of the castle itself to create dishes that will live long in your memory.

Take a seat at the hand-carved oak tables of the former library of the Earl of Arran in this beautifully atmospheric yet intimate room, and enjoy sumptuous dishes from the eclectic and exciting menu, including the famous signature dish, the “Drunken Bullock” (steak marinated in Jameson whiskey and set alight in a spectacular serving ritual).

The restaurant has in recent years received significant critical acclaim from a number of respected critics, including Georgina Campbell and the late Paulo Tullio, and has won numerous awards, including a number of Rosettes awards from the AA, placing it among the top 4 per cent of restaurants throughout Ireland the UK. This award is bestowed upon restaurants which achieve a high level of cookery skill, and pay specific attention to the selection of ingredients, setting the restaurant.

The Library Restaurant has also been awarded the “Best Hotel Restaurant Connacht” a number of times by the Restaurants Association of Ireland (RAI).
The Resturant at Belleek Castle is open seven days a week, offering different menus for all tastes and budgets. It caters for all dietary requirements and there is a vegetarian and children’s menu available also.