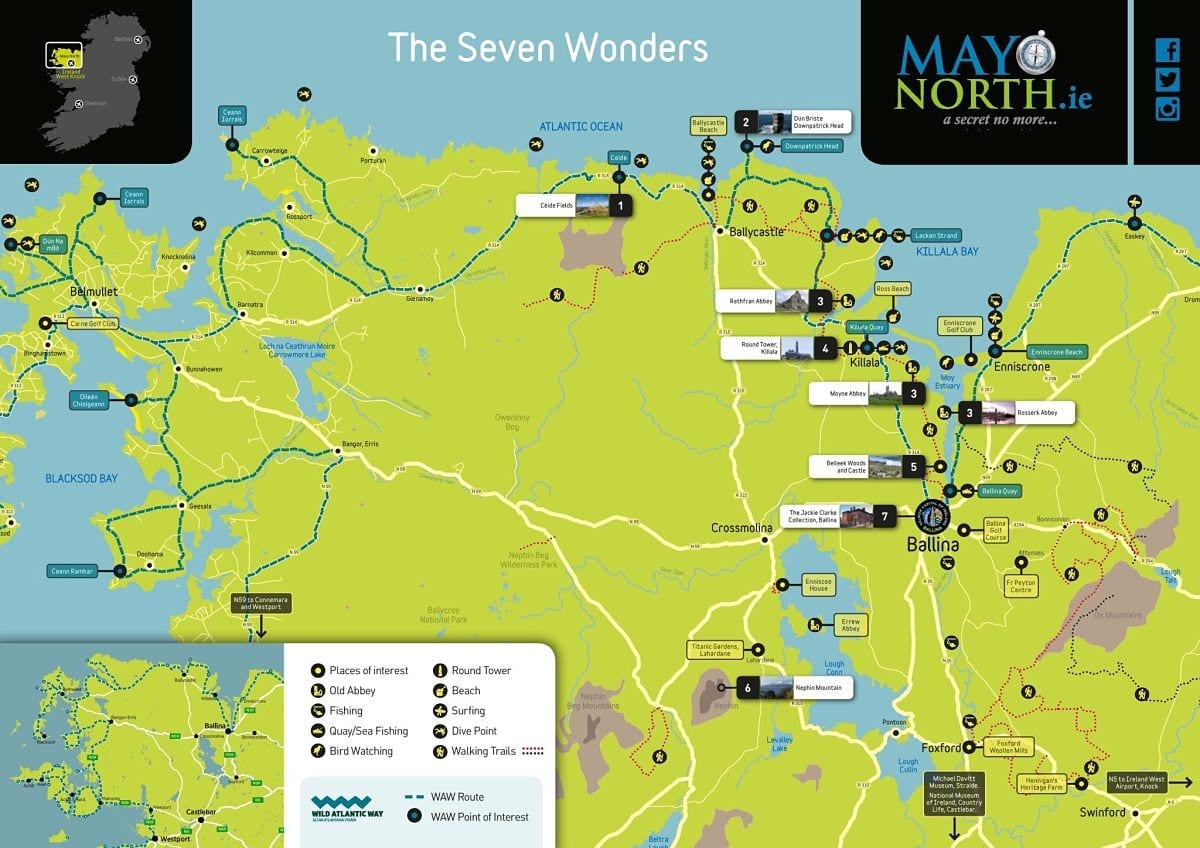 The Seven Wonders of North Mayo

North Mayo is an area blessed with many riches. From the the ancient history of our wild landscape,  the many activities on offer in the region, places to eat and people to meet, as a visitor you’ll be spoiled for choice. If you’re on a flying visit, you’ll want to know the must-sees. so we’ve selected our Seven Wonders of North Mayo along the Wild Atlantic Way for you to enjoy on your trip.

The first of our Seven Wonders of North Mayo is located on the magnificent Céide Coast in Ballycastle. The Céide Fields is the oldest Neolithic site in the world dating back to the Stone Age – that’s nearly 6,000 years ago. The region is rich in Neolithic history and for miles around the blanket bog covers a plethora of ancient tombs, stone-walled fields and houses.

Visitors to the Céide Fields Visitor Centre can enjoy audio-visual and guided tours of the dramatic cliffs and bogs, and can try out for themselves the methodology used by famed archaeologist, Dr. Séamus Caulfield to map out this incredible settlement. Be sure to check out the breathtaking views of the Atlantic Ocean from atop some of the tallest sea cliffs in Europe.

It features a blowhole, historic church ruins and offers breathtaking views of the Atlantic, the Belderrig cliffs (as high as the cliffs of Moher) and the Dún Briste sea-stack, which has a fascinating legend attached!

3. The Monasteries of the Moy

North Mayo is an area rich in early Christian architecture, and Moyne Abbey, Rosserk Friary, Rathfran Priory and the Augustinian Abbey – nicknamed the Monasteries of the Moy – are all located in close proximity to each other near the River Moy between Ballina and Killala and showcase the spectacular quality of Christian and pre-Christian sites in the area.

Enjoy the cycling route between Ballina and Killala, taking in these sites – the Monasteries of the Moy Cycleway.

4. The Killala Round Tower

Situated in the historical maritime village of Killala and surrounded by the abbeys on one side and Kilcummin Pier in neighbouring Lacken, the perfectly intact round tower is a real attraction on the history and heritage trail.

Killala is a heritage gem, with strong links to the French landings of 1798 (General Humbert came ashore in Kilcummin, just down the road), an extensive 9th century souterrain under the grounds of the gorgeous Cathedral, and a history trail in the town that takes in a number of old buildings of historical significance.

Situated along the banks of the river Moy, lies Belleek Woods, 1,000 acres of woodland, one of the largest urban forests in Europe and home to a family of rare red squirrels!

Belleek Woods is a peaceful haven of up to 6 miles of natural forest pathways, through the trees and along the banks of the River Moy. The forest, originally planted by the Knox-Gore family who built the magnificent Belleek Castle,  includes many curiosities,  including a hermitage site, an ice house, the Knox-Gore Monument (also known as “The Horse’s Grave”). Overlooking the river, you can see up close the SS Crete Boom, the mysterious concrete boat which has lain breached at Belleek Woods for decades.

In recent years the woods has become a haven for outdoor and fitness enthusiasts, who walk, run, mountain bike and picnic to their hearts’ content among the many species of deciduous and conifer trees, which ensure the vista changes every single day. The park is overseen by Coillte and a tremendously dedicated voluntary committee.

North Mayo possesses an amazing variety of landforms, scenery, history and heritage and is a haven for hillwalkers and lovers of the great outdoors. Among the most interesting of Connaught’s mountains is Nephin Mountain, which has been climbed and revered for generations.

Nephin is a majestic mountain, which dominates the landscape – named Nephin’s Haven – for miles around. Snow-capped in the winter and dominated by colour in the summer, it is the second highest mountain in Connaught, second only to Mweelrea also in County Mayo, overlooking Killary Harbour.

Unlike its more famous relation, Croagh Patrick, Nephin is never overcrowded and allows climbers the solitude they crave to marvel over breaktaking vistas. It boasts incredible views over the North Mayo countryside, and rumour has it that on a clear day, you can see seven counties from the top!

The last of our Seven Wonders of North Mayo is the most important private collection of Irish history material in public hands, The Jackie Clarke Collection.

The main exhibit space showcases the treasures with an interactive touch screen illustrating and detailing 100’s more items. Adjacent, is an original 1916 Proclamation which is stored in the vault of this magnificent old building, which once acted as the main bank in Ballina.

This exhibition displays some key items that illustrate Jackie Clarke’s genius for finding rare and unique material and it presents a short film on how Jackie Clarke put his collection together. 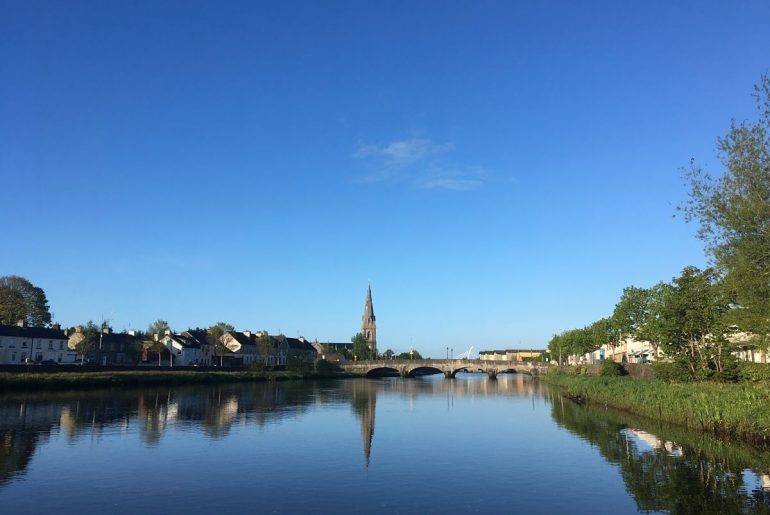 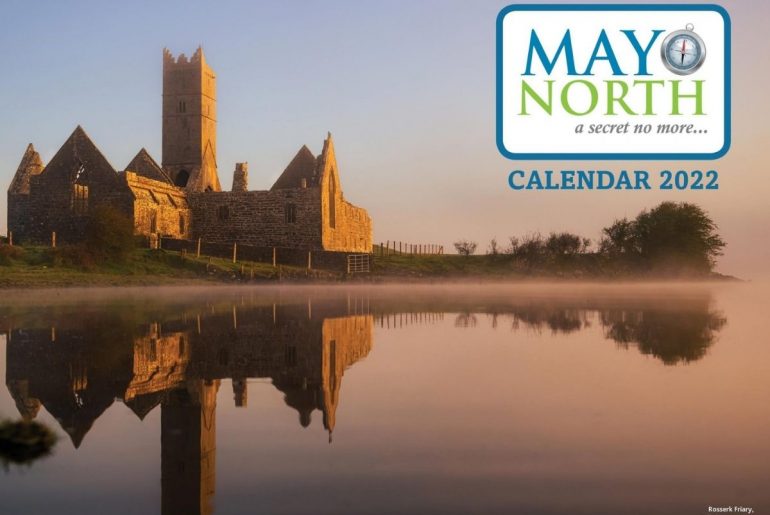