the way that we went, curated by Anne Mullee, Ballinglen Museum of Art, runs until December 18 - Visit North Mayo 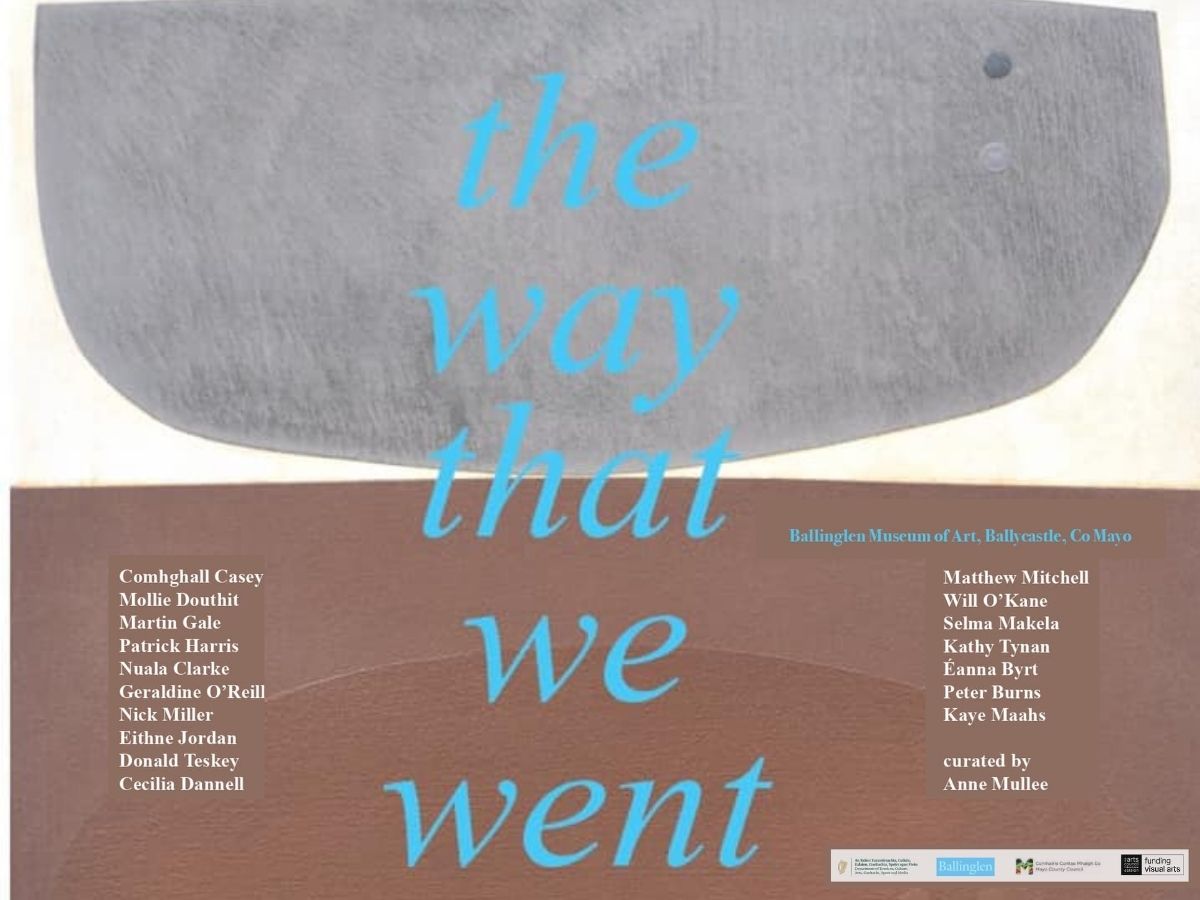 the way that we went, curated by Anne Mullee, Ballinglen Museum of Art, runs until December 18

The rugged landscape of North West Mayo is a gift to artists concerned with capturing the light and connecting to the land. The Ballinglen Arts Foundation Permanent Collection, with over 800 works, is testament to this focus, and includes work by artists from all over the world that homes in on this terrain.

This new group exhibition presents an insight into the interpretation of the area’s landscape with a more local perspective, focusing on work by living artists from or based in Ireland.

Representations of Mayo and its restless coast confer with images drawn from imagination as well as depictions of real places. Between them the works reference the countryside as a place of many things, of loneliness, of agricultural production, and of the elements. The diverse artworks include etchings, paintings, drawings and video, spanning a period of 30 years.

Little seen pieces from the Collection sit alongside works from invited artists who not included in the Ballinglen assemblage. Together the realities and tensions of life in rural places are explored alongside portrayals of a wild, untrammelled landscape and moments of stillness captured in still life, as in Pat Harris’ charcoal sketch ‘Séan McSweeney’s Ongion’ (2004)  and Comghall Casey’s oil painting, ‘Shoulder of Lamb’ (2016).

Some works make their debut in an Irish gallery, such as Nick Miller’s monumental 1998 work ‘Benwee Head’, or the more recently completed ‘Running in the marram grass’ by Éanna Byrt, made during the summer of this year.

This array of approaches and styles by the 17 exhibiting artists offers an antidote to a romanticised Ireland, peeling back the sentiment to present an authentic evaluation of the land.

The exhibition is accompanied by an 84-page catalogue containing the specially commissioned essay, ‘living archive: landscape and the rural imagination’ by Leitrim-based writer and critic Joanne Laws.