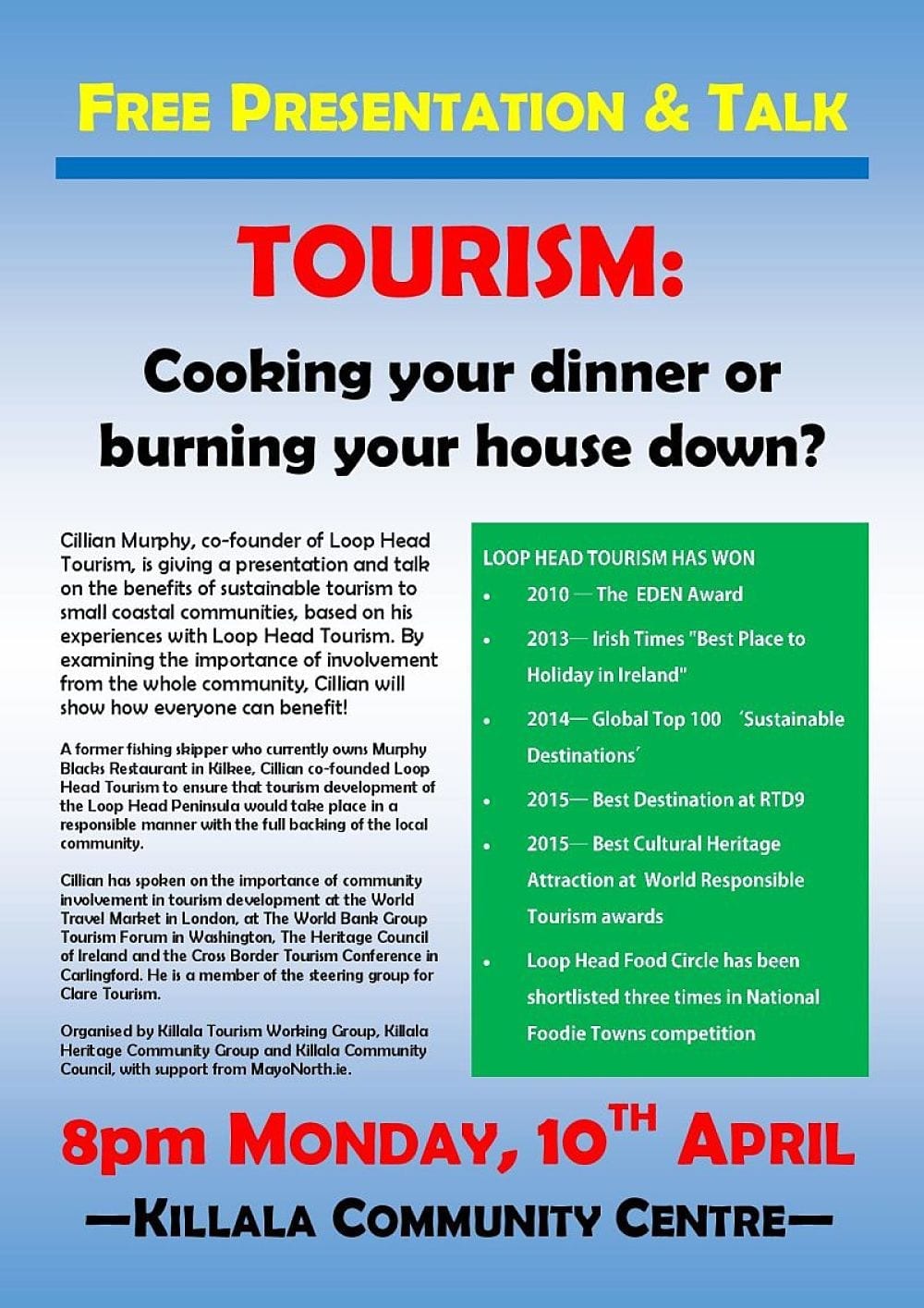 Tourism: Cooking your dinner or burning your house down? 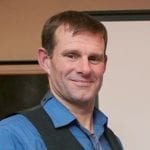 fishing skipper who currently owns Murphy Blacks Restaurant in Kilkee, Cillian co-founded Loop Head Tourism in 2009 to ensure that tourism development of the Loop Head Peninsula would take place in a responsible manner with the full backing of the local community. By examining the importance of involvement from the whole community, Cillian will show how everyone can benefit.

Given that North Mayo is at an early stage in its tourism journey, this is a fantastic opportunity for those of us working in tourism and development to learn from the experiences of a destination as successful as Loop Head, and we would urge anyone with an interest in tourism development to attend this event.

Under Cillian’s leadership the Loop Head peninsula has won many awards for the manner in which it has developed including:

Irish Times “Best Place to Holiday in Ireland” in 2013,

Best Destination at RTD9 in Dublin, 2015

Winner of Best Cultural Heritage Attraction at the World Responsible Tourism awards in 2015.

The Loop Head Peninsula was listed in the 2014 Sustainable Destinations Global Top 100. 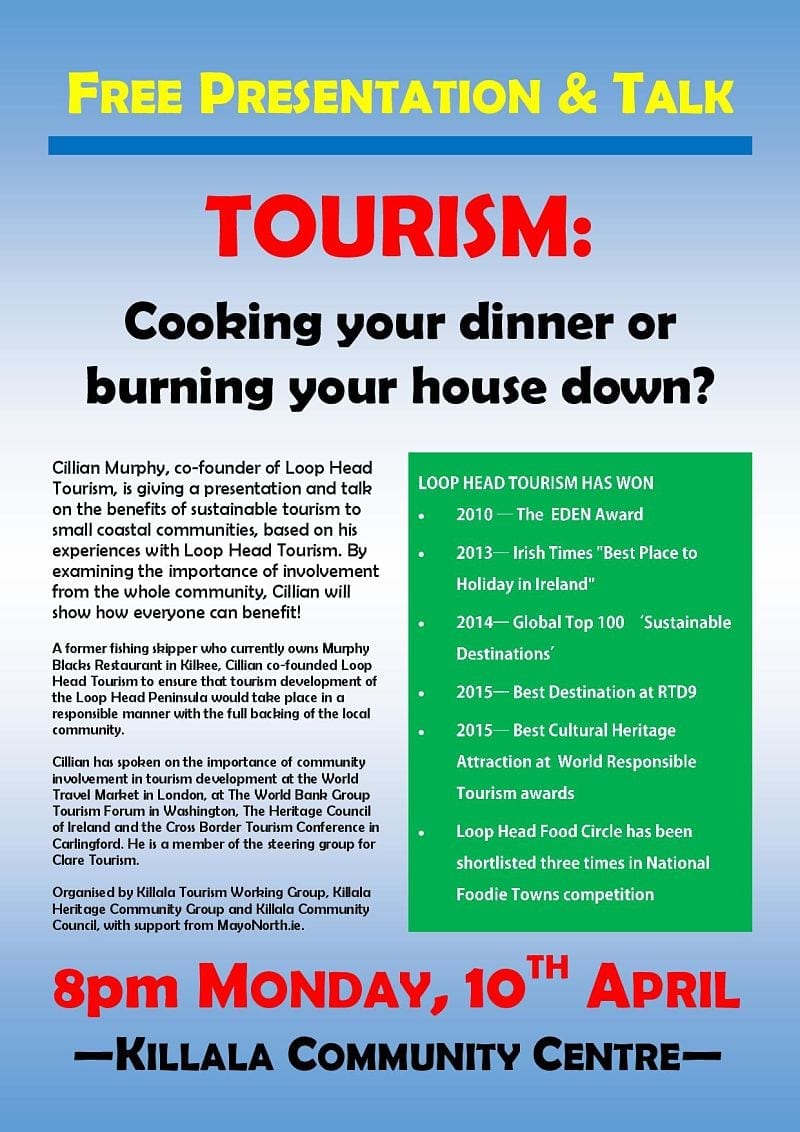 Cillian has spoken on the importance of community involvement in tourism development many times including at the World Travel Market in London, at The World Bank Group Tourism Forum in Washington, The Heritage Council of Ireland and the Cross Border Tourism Conference in Carlingford. He is currently studying for his Masters in Responsible Tourism under Prof. Harold Goodwin at Manchester Metropolitan University.

He recently retired as chair of Loop Head Tourism to set up his own consultancy business, CillianMurphyConsulting, which is focused on ensuring tourism development primarily benefits the host communities. He is also a member of the steering group for Clare Tourism.

Contact info@mayonorth.ie for further information. We hope to see you there on the night! 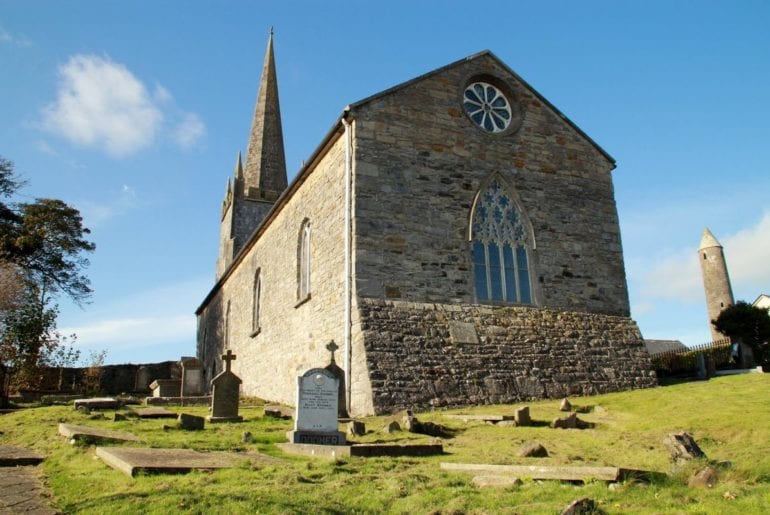 Killala Round Tower and the Cathedral Church of St. Patrick