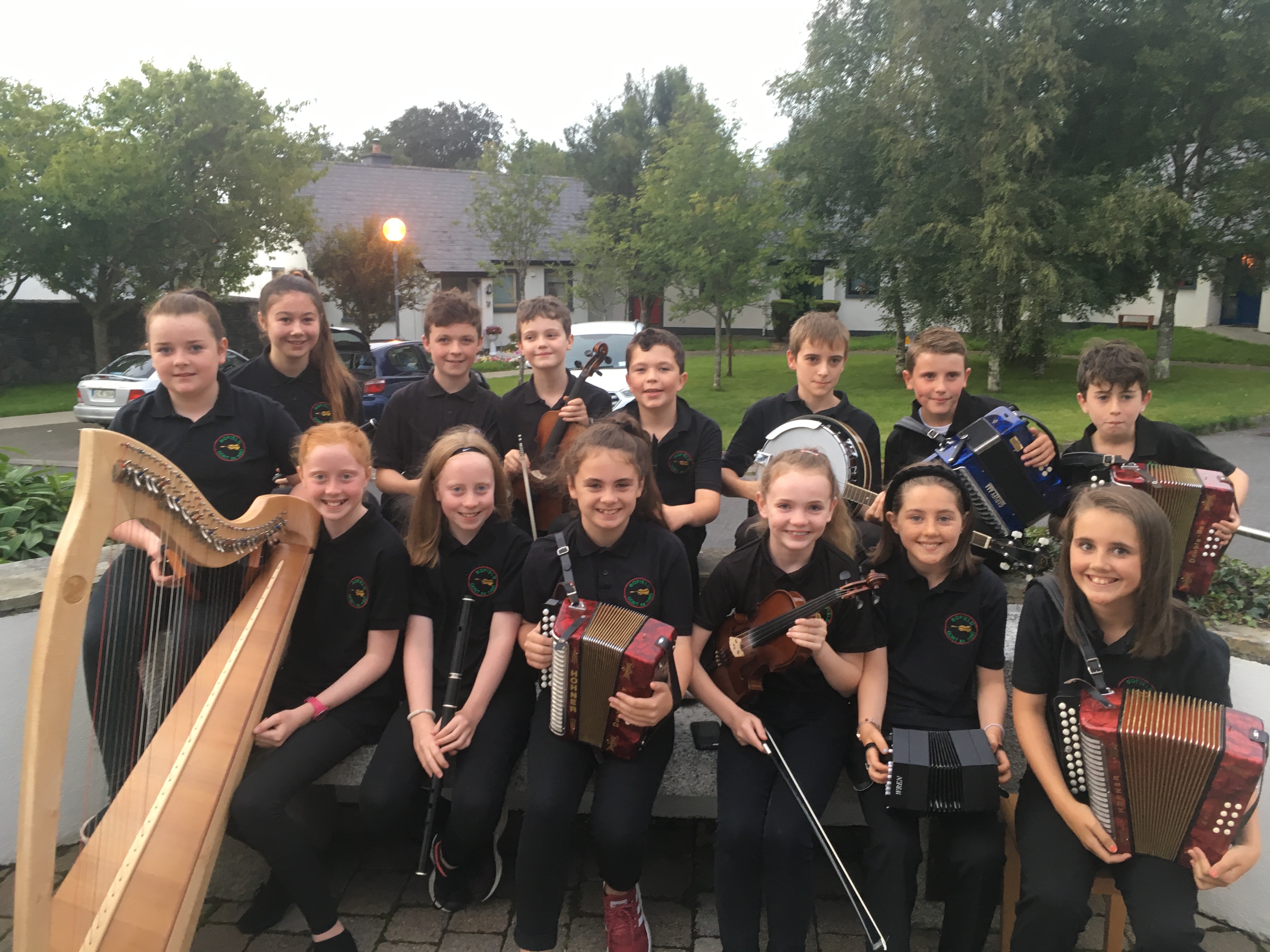 On Friday, August 16, a group of nineteen young musicians from the Gort na mBó Comhaltas branch in Ballina will take to the stage to compete in the Under 12 Grúpa Ceoil All-Ireland Final at the All-Ireland Fleadh Cheoil in Drogheda, Co. Louth.

Under the expert tuition of Mark O’Donnell, Kevin Donnellan and Stacey Gilroy, the group has previously competed in the County and Provincial Fleadheanna Cheoil, taking a silver medal in the Connachts to ensure their passage to Drogheda, where they will proudly represent their Comhaltas branch and town at this prestigious competition.

Gort na mBó Comhaltas Ceoltóirí Éireann, also known locally as The Bofield Céilí Band has a healthy tradition of music in the area, and there is a large membership of young musicians from eight to eighteen years of age, many of whom play a number of instruments.  The Under 12 group competing at the All-Ireland Fleadh has invested a significant amount of time and effort since last October, including during school holidays to prepare for these competitions, and they travel to Drogheda to represent the area with the well wishes of Gort na mBó and indeed the entire Ballina community behind them.

Mayo people have an opportunity to see the group perform on Thursday evenings at 9pm (until the end of August) at the popular Bofield Seisiún in the Fr. Peyton Centre, Attymass.