The Western Way is a long-distance walking trail taking in spectacular scenery in the counties of Galway and Mayo in the west of Ireland. The trail begins in Oughterard in County Galway and continues north toward Maum. From Maum it makes its way through the Inagh valley from where it reaches Killary Harbour near Leenane.

The Western Way enters County Mayo at Aasleagh. It then continues in a northerly direction, crossing the eastern slopes of Croagh Patrick, through Westport town to Newport.

The trail passes through the Nephin Mountains to Derry, Bellacorick and Sheskin where it traverses the most remote landscape. From Ballycastle in north Mayo it follows the coastline through Killala to Ballina and on to the County Sligo border near Bonniconlon, over 200 kilometres from the start.

Read more about The Western Way in The Mayo News 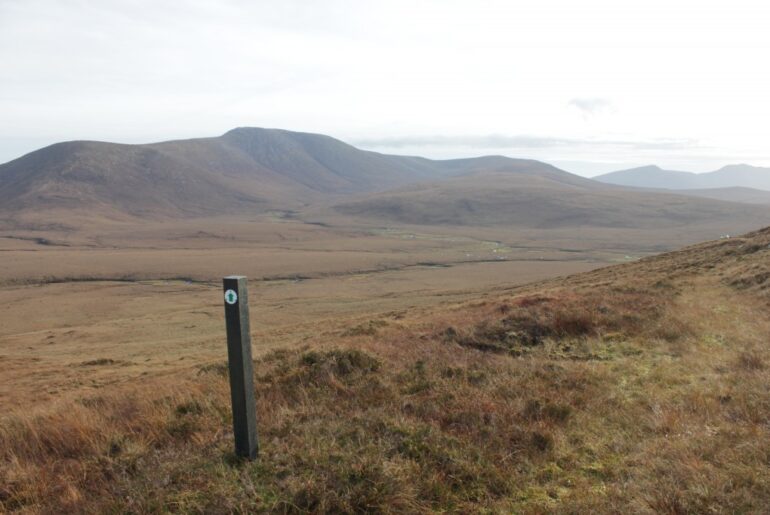